PSL 6: Mohammad Wasim aims to play for Pakistan as all-rounder 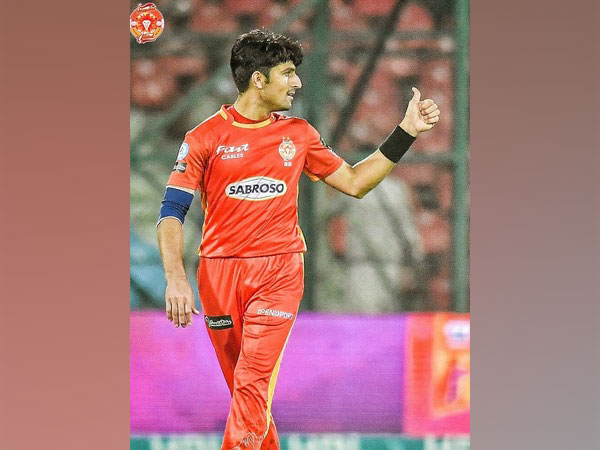 Karachi [Pakistan], February 26 (ANI): Islamabad United's Mohammad Wasim Jnr, who hogged the limelight with three wickets in their opening game of sixth season PSL, wants to represent Pakistan at the highest level as an all-rounder.

Wasim though went wicketless in Wednesday's game against Karachi Kings but gave way just 30 runs compared to other bowlers who leaked runs at more than 10 per over.
He had an impressive beginning with the ball in hand but hasn't had the opportunity to display his batting skills because of a deep batting line-up which United, the two-time champion side, boasts.
"I want to be an all-rounder for Pakistan and make my name at international level," said Wasim in the PSL release.
To achieve his goal, Wasim has made rapid strides. The journey started with tape-ball cricket in North Waziristan in early 2011 and took a real flight once he shifted to Peshawar and trained with the hard ball.
"It was tough. There were very few opportunities in Waziristan. My father did not want me to play cricket, but my uncle supported me and then friends helped me in my progress," said Wasim.
He caught the eyes of the junior national selection committee and was included in Pakistan's squad for the ICC U19 Cricket World Cup in 2020. In Pakistan's tournament opener against Scotland, Wasim made a five-wicket haul.
"I was lucky to get selected for the junior World Cup. It was a great experience for me," said Wasim.
The all-rounder said sharing the dressing room with Pakistan cricketer Hasan Ali and Shadab Khan is helping him in a big way.
"Islamabad United are too good. We have top-players in Hasan Ali and skipper Shadab Khan. They are all too good and their presence is helping me a great deal," said Wasim.
Having won the first two games, Islamabad United will next meet Peshawar Zalmi on Saturday.
Wasim's ultimate goal is "to be the best emerging player in the HBL PSL 6 and then play for Pakistan". (ANI)