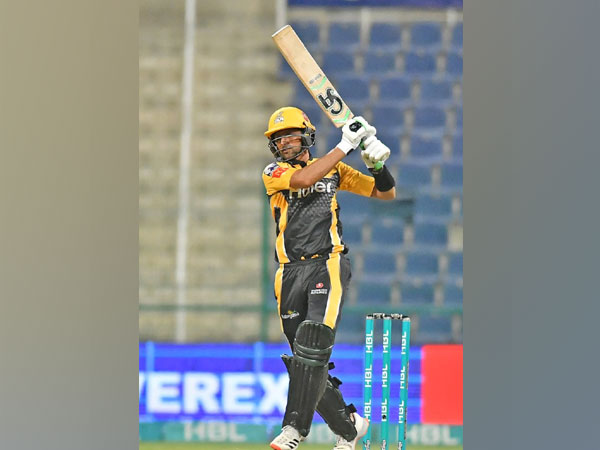 Abu Dhabi [UAE], June 11 (ANI): Peshawar Zalmi's Shoaib Malik, who hit a 48-ball 73 in the unsuccessful chase against Lahore Qalandars, pointed out that Rashid Khan's 5 for 20 was the real reason for the team's loss in Pakistan Super League (PSL). Malik stated that the Afghan spinner "broke our back".

"In death overs, we gave a bit more runs and that was the area I think we need to improve. We were not really expecting them to get to 170. We did bowl well upfront and the missing element was a wrist-spinner, who could have made a difference with strikes in the middle overs," ESPNCricinfo quoted Malik after the match.
"But, at the same time, we have got to appreciate the way [Ben] Dunk and [Tim] David batted [48 in 33 balls and 64* in 36 balls respectively], and despite the tough pitch they not only scored runs but scored with a good strike rate to make sure they finish (on a) high to set a good target."
The mystery leg-spinner stunned the Zalmi batsmen by snaring five wickets for 20 runs from four overs - 15 of which had come in his first over.
Qalandars now sit comfortably at the top of the points table with 10 points and Zalmi remains stranded on the fourth spot with six points.
Shoaib Malik, who scored a fighting 73, tried to stage a recovery with his captain Wahab Riaz, but the latter had to walk back in the 16th over when Rashid rattled his stumps. Malik couldn't do it alone from there, his innings ended when he was out hit wicket to Haris Rauf.
"Regardless of all the extra runs we conceded, it was still Rashid Khan who broke our back with his five wickets," Malik said. "He took all those batsmen who have the good strike rate wherever they play in the world, and that haul was the one that changed the game."
For Rashid Khan, this performance has come after he had returned 1 for 9 in four overs and hit a five-ball 15 not-out to help the Qalandars beat Islamabad United. He won the Player-of-the-Match award then too. (ANI)