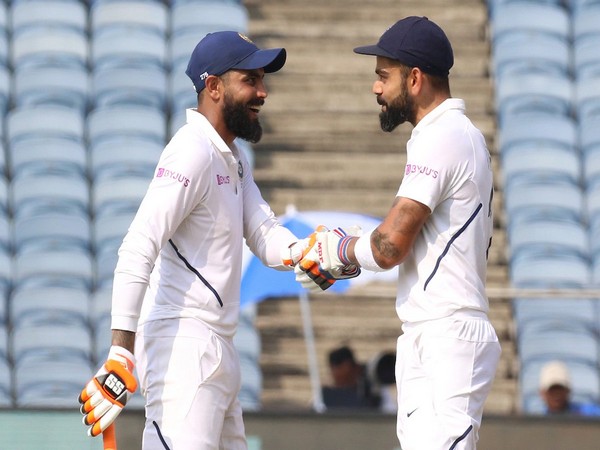 India resumed their innings from 273/3 on day two. Kohli and Ajinkya Rahane continued their partnership and built a massive stand of 178 runs for the fourth wicket.
Rahane played a knock of 59 runs before he was sent back to the pavilion by spinner Keshav Maharaj as he was caught behind the stumps by Quinton de Kock.
All-rounder Jadeja joined Kohli in the middle and stitched a giant partnership of 225-run for the fifth wicket. India declared their innings after Jadeja's dismissal by Senuran Muthusamy at the score of 91.
Kohli remained unbeaten on 254, his highest individual score in Test career. He broke his earlier record of 243 runs which he scored against Sri Lanka at Delhi in 2017/18.
For South Africa, Kagiso Rabada scalped three wickets while Maharaj and Muthusamy picked one wicket each. (ANI)