Rahul Dravid kept me going before selection into Indian side: Mayank Agarwal 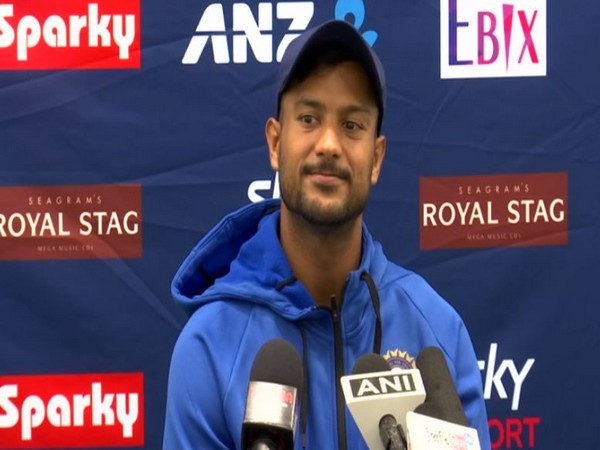 Bengaluru (Karnataka) [India], May 19 (ANI): Indian batsman Mayank Agarwal has revealed that the words spoken by Rahul Dravid kept him going when he was not being picked in the Indian side.

Agarwal revealed that he had score heaps of runs, but he was not selected and finally he confided in Dravid of regularly getting the thoughts of not being picked.
"I was getting runs, I got massive runs that Ranji Trophy season and for India A. I did have a word with Rahul bhai. I told him I was getting thoughts of not being picked in the squad," Agarwal told Sanjay Manjrekar in a videocast hosted by ESPNCricinfo.
"I very clearly remember him telling me Mayank these are the things that are in your hands. You have worked hard, you have gotten here. You are as close as you can get. Selection is not in your hands," he added.
Agarwal said that it is not easy practically to not being bothered by not getting picked in the senior side.
"And I totally agreed with him. Theoretically, you understand that but practically it's not easy. But he put forth few things-- what is to say that the coming October and November is not going to be different from September. If you think otherwise you will get into a negative mind frame it is you who is going to lose out and nobody else," Agarwal said.
"So I remembered that talk and that kept me going. When I got the call I was elated and I called him up and thanked him," he added.
In the longest format of the game, Agarwal has managed to score 974 runs at an average of 57.29 with three centuries as an opening batsman.
The right-handed batsman was last seen in action during India's two-match Test series against New Zealand earlier this year.
Agarwal travelled to New Zealand to play the two-match Test series of ICC World test Championships (WTC) and scored a total of 102 runs in four innings.
India lost the series 2-0 after the dismal performance against Kiwis.
The Kings XI Punjab aggressive batsman has to wait a bit to step on the field as the BCCI has postponed the Indian Premier League (IPL) indefinitely due to the coronavirus pandemic. (ANI)