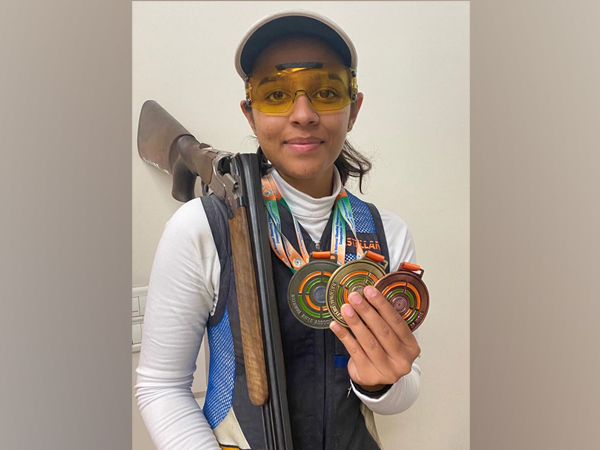 Ganemat however won the Junior Women's crown following a victory in shoot-off from Areeba Khan of Uttar Pradesh after both had levelled at 50 hits in the six-woman final on Wednesday. Darshna picked up bronze in the junior section with a score of 41 in the medal round.
The Women's Skeet competitions marked the first medal events of the 64th National Shooting Championship Competitions (NSCC) in Shotgun events being held at the Patiala venue from November 22-December 14.
Earlier Ganemat had topped the 31-strong field in qualification with a score of 117 out 125 in qualification.
Darshna had shot 113 to qualify in the third spot behind Areeba who shot 116. The bronze in junior women's Skeet was bagged by Raiza Dhillon of Haryana who shot 36 in the final.
The Shooting Nationals are being held concurrently at Patiala, Delhi and Bhopal. While Shotgun and Pistol nationals are presently on, the Rifle Nationals are scheduled to begin in Bhopal from Friday. (ANI)