Rajeev Shukla bats for going ahead with IPL amidst coronavirus scare 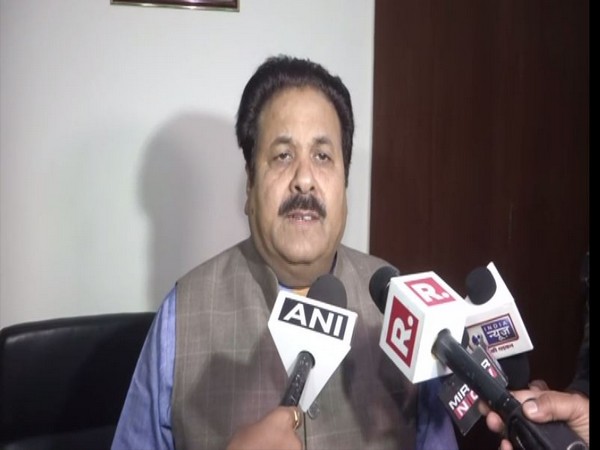 New Delhi [India], Mar 13 (ANI): Former Indian Premier League (IPL) chairman Rajeev Shukla on Friday said that in his opinion the tournament should go ahead as planned despite the coronavirus scare.

"IPL should go ahead as planned in my opinion. There is no thought of cancelling the IPL as of now. The government is already fighting the epidemic, if they want there should be no crowd, then there will be no crowd. I think the tournament will take place as scheduled," Shukla told reporters.
"BCCI is capable of handling the situation, the decision will be taken in the governing council, looking at the situation now, I think IPL will take place. If the ministry says that the tournament should be played without spectators, he added.
Earlier in the day, Delhi's Deputy Chief Minister, Manish Sisodia announced that all sporting activities, including the Indian Premier League (IPL), attracting a large crowd turnout have been banned amidst the coronavirus outbreak.
Sports activities, seminars, conferences, we have decided to shut them. No sports event including IPL would be allowed in Delhi until the next order. Coronavirus is spreading, we have decided to maintain social distance, IPL is a big event, many people come from various corners, I would also like to appeal to the people," Deputy Chief Minister of Delhi, Manish Sisodia, told reporters here.
Amidst coronavirus fears, the cricketing board has mainly two options-- either postpone IPL or play it behind closed doors.
The Central government has suspended all visas to India till April 15 as part of measures to contain the spread of the pandemic which has put IPL's scheduling in doubt.
The Sports Ministry has also asked all National Sports Federations (NSFs), including the BCCI to follow the Health Ministry's guidelines.
As per the guidelines issued, it has been asked to avoid large public gatherings.
Due to the visa regulation, sources within the IPL's governing council said that the foreign players would not be available for the tournament.
The 13th edition of IPL is scheduled to commence from March 29, with Mumbai Indians and Chennai Super Kings meeting at the Wankhede Stadium in Mumbai for the first match.
World Health Organisation (WHO) on Wednesday had declared the coronavirus outbreak a 'pandemic' and expressed deep concern.
The coronavirus disease was first detected in Wuhan in China's Hubei province, in late December, and has since spread worldwide.
More than 127,000 people have been infected with COVID-19, with over 4,700 having died and 68,000 recovered. (ANI)