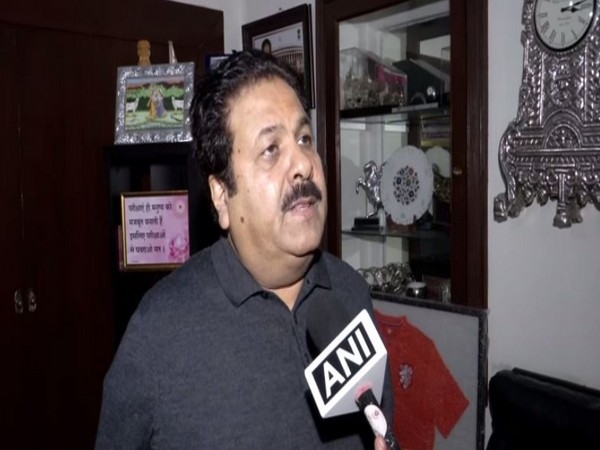 New Delhi [India], Mar 14 (ANI): Former IPL chairman and Congress leader Rajeev Shukla on Saturday thanked the Board of Control for Cricket in India (BCCI) and all the franchises for postponing the tournament to April 15.

"I would like to thank all the franchises and the BCCI president Sourav Ganguly, secretary Jay Shah, and chairman Brijesh Patel for coming on the same page for the deferment of the IPL dates. For all of us public interest is supreme over financial interest which is a good thing," Shukla told ANI.
The BCCI reiterated its stand to put the safety and well-being of fans, athletes and employees as a priority in the IPL Governing Council (GC) meeting at the Board headquarters in Mumbai on Saturday.
"The BCCI along with all the IPL franchises have reiterated BCCI's stand of putting safety and well-being of fans, athletes, and employees as a priority," the BCCI said in a statement.
"The Board will continue to monitor and work closely with the Government of India, state governments and other state regulatory bodies to decide on the future course of action in the best interest of public health," the statement added.
BCCI sources told ANI that the Governing Council also discussed the possibilities of conducting the entire 60 matches of the tournament in group stages like the ICC competition.
Increasing doubleheaders in order to have a curtailed IPL was also discussed in the meeting. The sources also added that the option of conducting matches in two or three centres to restrict travel.
Playing the tournament behind the close door without spectators to avoid large gatherings was also discussed in the meeting.
On March 13, the BCCI postponed the IPL to April 15, 2020, as a precautionary measure against the ongoing COVID-19 situation. (ANI)