Ranji Trophy final: Pujara unlikely to take further part due to back spasms 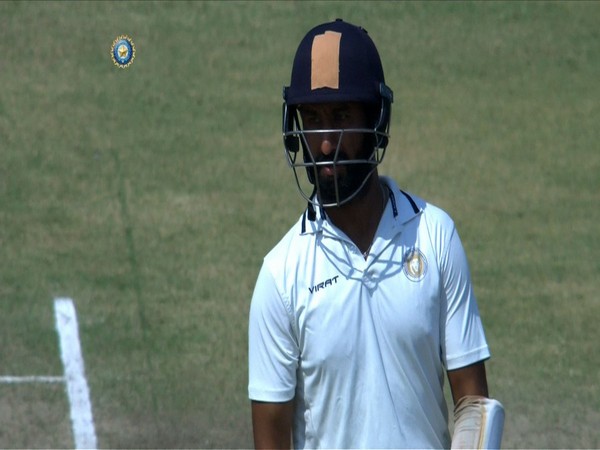 Rajkot (Gujarat) [India], Mar 11 (ANI): Chetestwar Pujara is unlikely to play a further part in the ongoing Ranji Trophy final between Saurashtra and Bengal due to back spasms.

"He will bat if absolutely necessary. It's not a major issue; he is feeling fine, and we're just treading caution," ESPNcricinfo quoted Saurashtra Cricket Association official as saying.
Samarth Vyas substituted for Pujara through the 65 overs Saurashtra bowled on Wednesday.
Pujara played a knock of 66 runs and anchored the innings along with Arpit Vasavada. The duo put up a stand of 142-run that guided the side to reach at 425. Vasavada amassed 106 runs off 287 balls.
Earlier in the game, Pujara battled throat infection and fever and didn't bat at his usual No. 4 slot for Saurashtra.
When he eventually arrived to bat at number six, he managed to bat through for 40 minutes before retiring hurt after experiencing dizziness. Despite the illness, Pujara has been a constant feature in the Saurashtra dressing room.
Bengal still trails Saurashtra by 291 runs after the conclusion of day three at the Saurashtra Cricket Association Stadium. Bengal ended day three at 134/3 after bundling out Saurashtra for 425 in the first innings. Sudip Chatterjee and Wriddhiman Saha are currently unbeaten on 47 and 4 respectively. (ANI)