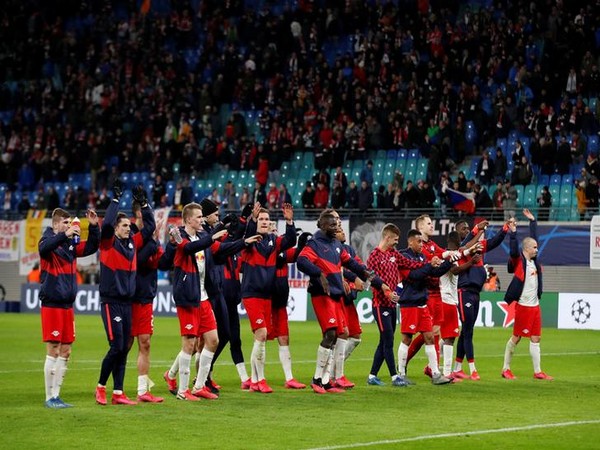 Leipzig [Germany], Mar 11 (ANI): RB Leipzig stormed into the Champions League quarter-finals after a thumping 3-0 win against Tottenham in the second leg of Champions League last-16 match here on Wednesday.

With this defeat, Tottenham crashed out of the Champions League. The club was beaten 1-0 by RB Leipzig in the first leg.
It just took 10 minutes for RB Leipzig to take a lead as Marcel Sabitzer scored the opening goal. Sabitzer struck another goal in the 21st minute to double the lead over Tottenham, who were put under immense pressure.
Tottenham failed to bounce back in the game and RB Leipzig added yet another goal to their tally with the help of Emil Forsberg's strike in the 87th minute.
Also, Atalanta made it to the quarter-finals of the Champions League after they registered a 4-3 win against Valencia in the second leg. In the first leg, Atalanta had secured a commanding 4-1 win over Valencia. (ANI)