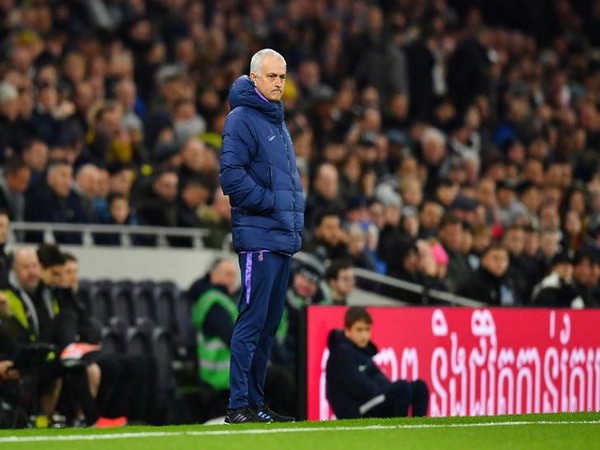 London [UK], Mar 5 (ANI): Following the loss against Norwich City in the fifth round of the FA Cup, Tottenham manager Jose Mourinho questioned the privileged supporters of the club, who have been criticising the team after some bad results.

Tottenham crashed out of the FA Cup in the fifth round following penalty shoot-out loss to Norwich City.
The match has garnered severe criticism for an incident involving Tottenham's Eric Dier, who jumped over advertising hoardings and rushed into the stands to confront a fan who allegedly said something about his family.
"Of course some are Tottenham fans but I think a lot of corporate, a lot of invitation, a lot of people with special status and probably it's the place of the stadium where I sometimes have doubts over if they are the real Tottenham fans because these real fans are the ones who support the boys until the last," Goal.com quoted Mourinho as saying.
"This person insulted Eric, this family was there. The young brother was not happy with the situation and then Eric, I repeat did what we professionals cannot do, but did something that probably we would do," he added.
Dier confronted a fan due to a family insult following Tottenham's loss against Norwich City in the FA Cup, goal.com reported.
The 26-year-old defender was filmed during the argument as he climbed into the stands and chased the supporter who made the alleged remarks following Spurs' penalty shoot-out loss against Norwich City on Wednesday (local time).
The 90-minutes action between Tottenham and Norwich ended in a 1-1 draw. When the match went into penalty shootout, Norwich triumphed over Tottenham 3-2.
Norwich will now play the winner of Derby and Manchester United in the FA Cup quarter-finals.
On the other hand, Tottenham is slated to face Burnley in the Premier League. (ANI)