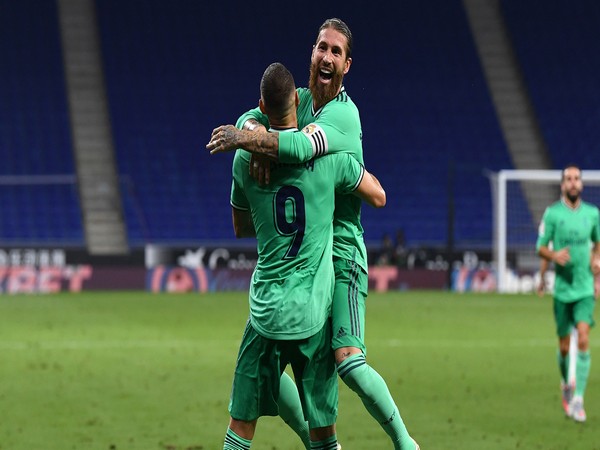 Barcelona [Spain], June 29 (ANI): Real Madrid secured a 1-0 win over Espanyol in La Liga to move two points clear at the top of the league here on Monday.

Both the clubs competed aggressively and the match started at a furious pace with the first chance falling to the home side.
The deadlock was broken in the 45+1st minute when Karim Benzema's brilliant back-heeled assist to Casemiro led to a stunning goal.
Real Madrid remained incredibly disciplined and managed their lead well to the end, barely giving their opponents any chance at all.
The Zindine Zidane-led side finished the game with a clean sheet for the second match in a row.
Real Madrid now have 71 points on the La Liga table with a two-point lead over Barcelona.
They will now take on Getafe on July 3. (ANI)