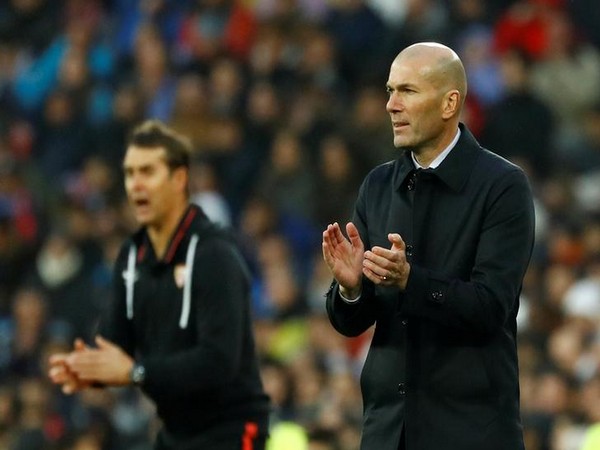 Salamanca: Real Madrid manager Zinedine Zidane said the club is not struggling for motivation and want to keep winning after thrashing Unionistas in Copa del Rey.

"It was a tough night at a tough place to come and play. We struggled with moving the ball and we didn't see much great football, but that was down to the pitch, not more than that. We're pleased because in the end, we're going through to the last-sixteen and that's what we came to achieve," the club's official website quoted Zidane as saying.

"We're not struggling for motivation. It was a difficult game on a very small pitch, but we know the motivation that the Copa del Rey brings and we want to move forward and keep winning," he added.

Real Madrid secured a 3-1 win over Unionistas on Thursday and qualified for the Copa del Rey's last-sixteen.

After the victory, Zidane wants to shift the focus onto the next game which is against Valladolid in La Liga on January 7.

"We gave everything we had on the pitch, without dwelling on it too much, you find the motivation when you start to play and you know you have to win. Now we turn our focus to the next game," he said.