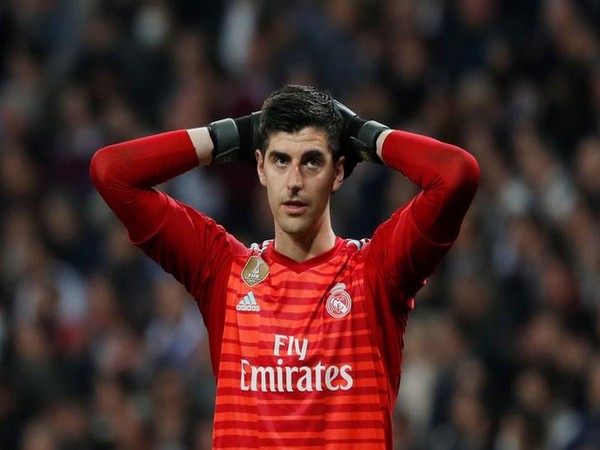 Madrid [Spain], May 20 (ANI): Real Madrid goalkeeper Thibaut Courtois said the club is keen to restart La Liga and they are going to 'fight hard' to win the title.

"After almost two months without training, we couldn't wait to get back to it, be together as a team again here at Valdebebas. It's different when you have to do it at home, but everyone has trained very well. We did all the coach asked of us and we're in good shape. In general, everyone is feeling positive," the club's official website quoted Courtois as saying.
"Us goalkeepers were lucky because we were able to train with our specific coach last week. This week, back in small groups, at least they can take shots at us. It's starting to feel like more of a proper training session again. We're also keen to restart La Liga and we're going to fight hard to win it," he added.
La Liga has been suspended since March due to the coronavirus pandemic. On Monday, La Liga clubs returned to group training 'with a maximum of ten players'. This is a significant step forward on the road towards restarting professional football in Spain.
Earlier, players were allowed to resume individual training from May 4 as the country began to de-escalate its lockdown measures. Real Madrid players returned to training under 'strict health rules' on May 11.
Before the suspension of La Liga, Real Madrid were placed on the second spot of the points table, only behind Barcelona. (ANI)