Right time to get a women's league to build strong women's team in India: Mandhana 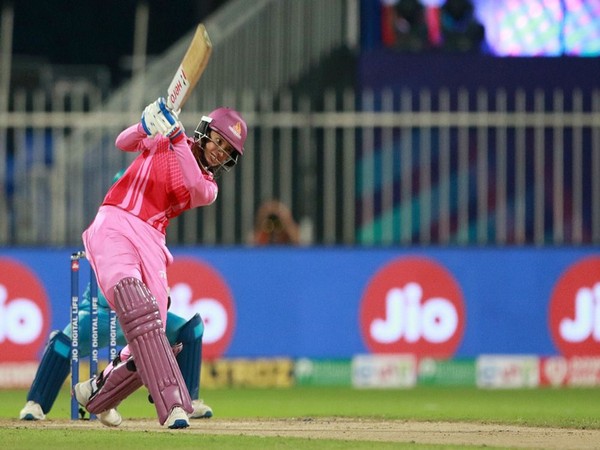 New Delhi [India], April 7 (ANI): Star India batter Smriti Mandhana feels a women's cricket league will definitely help in building a potent squad as the Indian Premier League (IPL) has done it for the men's team over the years.

India women currently participate in the Women's T20 Challenge comprising of three teams -- Supernovas, Velocity, and Trailblazers. Mandhana, who captains the Trailblazers in the showpiece event, knows the value of the tournament in building up a strong squad.
"Yeah, I think the kind of performances we've had in the last three-four years is great. The average age of the Indian women's team is 23-24, which means that there are a lot of young players," said Mandhana in a podcast on Red Bull's Decoding Athletes series.
"The league definitely gives a boost to women's cricket and gives confidence to youngsters. We've seen in men's cricket; debutants are facing 145-150 speed deliveries quite comfortably. You can't see that they're nervous on their debut," she further said.
"The league has played a big role in that, and it's going to help women's cricket as well. If you really want to get a strong women's team in India, it's the right time to get a women's league," she added.
Mandhana, if given a choice, would like to play for Mumbai Indians.
"I think at the moment I'm happy to lead Trailblazers. But if given a choice, and because I'm from Maharashtra, so Mumbai probably. But I think all the teams are so good and they look after the players so well. Any team would be amazing for development as a player," she said.
England had defeated India in the finals of the 2017 ODI World Cup and Mandhana admitted that the English side is ahead of them when it comes to ICC tournaments.
"I think it's a very good contest every time we play England. I think whenever you're playing England or Australia you have to be at your best. You have to step up a bit on your mental side more than your skills," said Mandhana.
"We've gotten the better of them on many occasions, and they've gotten the better of us in the semi-finals in T20 World Cup and the 2017 World Cup final. So I guess we have had an upper hand in the bilaterals but in the world tournaments, they've performed better," she added.
India also had to face a defeat in the finals of the T20 World Cup in March last year against Australia. Mandhana feels Team India lost the game in the batting powerplay.
"We all had a chat in the dressing room that a lot of things are going to go down on the day, but we really have to keep looking around, do what we are supposed to do, watch the ball, and get the basics right. Of course, the game didn't go our way. I think we lost control from probably the first batting powerplay," said Mandhana. (ANI)