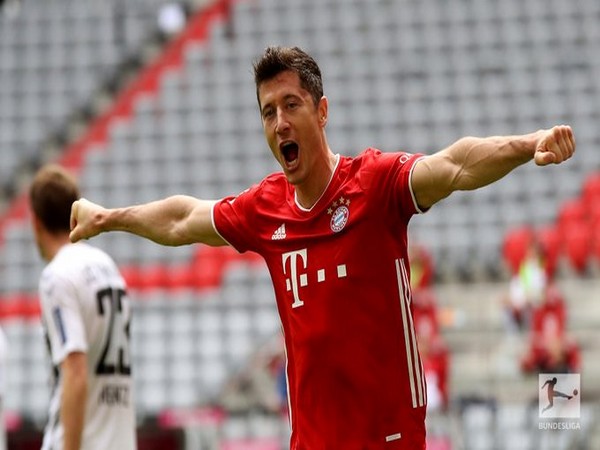 Munich [Germany], June 27 (ANI): Bayern Munich's Robert Lewandowski has been named as the Bundesliga's Player of the Season.

Lewandowski won the prize has he won the maximum number of votes. Borussia Dortmund's Jadon Sancho was second while Kai Havertz of Bayer Leverkusen came third.
The current Bundesliga campaign has been one of the best for Lewandowski as he became the first player to score in 11 consecutive Bundesliga matches earlier this season, Goal.com reported.
He has managed to score against each of the teams currently playing in the Bundesliga.
Earlier this season, he also became the highest non-German goal-scorer in a single Bundesliga season, breaking the record previously held by Pierre-Emerick Aubameyang.
Lewandowski has managed to score 33 goals this season and he is on course to be Bundesliga's top-scorer for the fourth time in five seasons.
Bayern Munich have already sewn-up the Bundesliga title. With this, the side registered their eighth consecutive Bundesliga win.
The side currently has 79 points from 33 matches.
Bayern Munich will next take on Wolfsburg later today. (ANI)