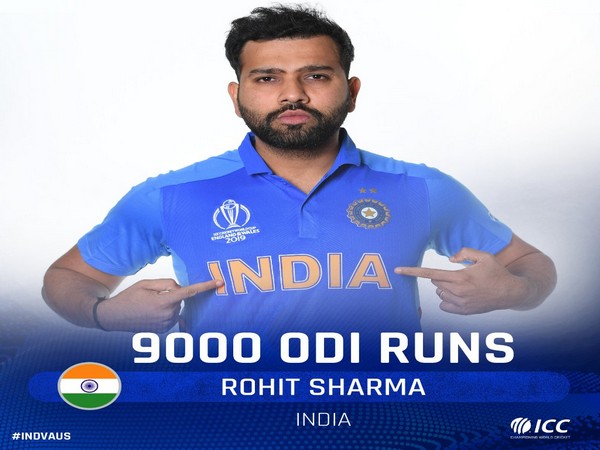 He achieved the feat in the ongoing third ODI against Australia here at the M.Chinnaswamy Stadium.
Only Virat Kohli and AB de Villiers have achieved the feat faster than Rohit.
Sharma brought up the milestone in the first over of the Indian innings as he clipped Mitchell Starc away for a single.
With this, the right-handed batsman has become just the sixth Indian to achieve the milestone.
Apart from Sharma, Virat Kohli, MS Dhoni, Sourav Ganguly, Rahul Dravid, and Sachin Tendulkar have more than 9,000 runs in the 50-over format.
Overall, 20 batsmen have more than 9,000 ODI runs to their name.
In the match between India and Australia, the former won the toss and elected to bat first.
Steve Smith played a knock of 131 runs to propel Australia to 286/9 in the allotted fifty overs. (ANI)