Ronaldo elated to have 'conquered' three points against Parma 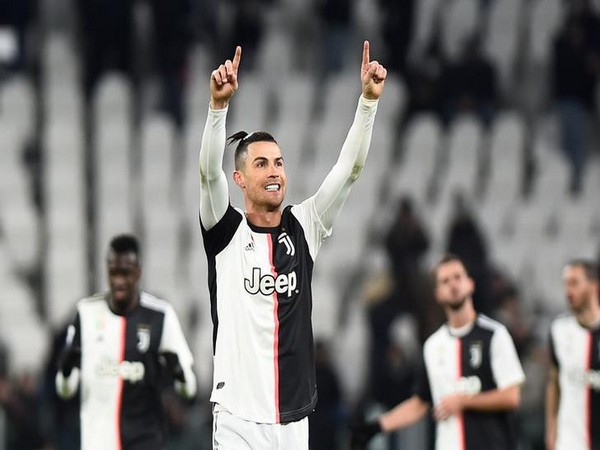 Turin [Italy], Jan 20 (ANI): After securing a win over Parma, Juventus' Cristiano Ronaldo expressed elation over the victory and said they have 'conquered three fundamental points'.

"Today it was important to win, we knew it and we played a difficult game well. Parma is an excellent team and, for me, having helped the team win with two goals is very nice. In the final minutes they went up and put us in difficulty, and even though we suffered, we conquered three fundamental points," the club's official website quoted Ronaldo as saying.
Juventus secured a 2-1 win over Parma on Monday in Serie A and Ronaldo scored both the goals. With this victory, Juventus consolidated their top spot on the Serie A table. The club has 51 points from 20 games while the second-placed club Inter Milan have 47 points.
Despite the victory, the manager Maurizio Sarri feels that they did not play a clean game and they suffered in the end.
"The team is growing, tonight we played a less clean game than usual, we have the responsibility not be so closed: we suffered in the last five minutes against a healthy and physical team like Parma," he said. (ANI)