Ronaldo is 'greatest player of all time,' says Neville 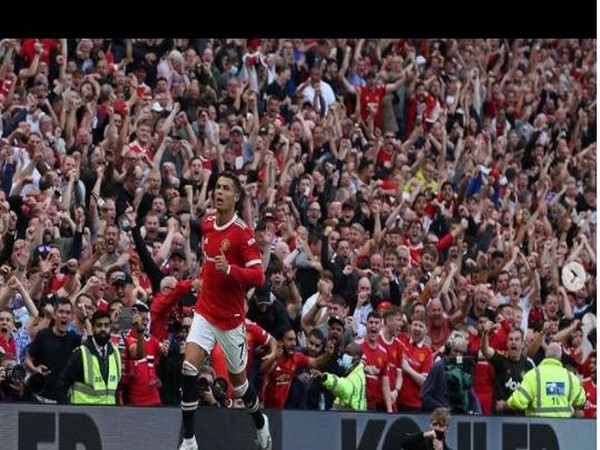 The former Red Devils defender was quick to hail his ex-teammate as the finest to ever play the game, though fellow pundit Jamie Carragher disagreed.
The Portuguese cemented a dream homecoming to the Theatre of Dreams this weekend with a brace on his second debut for Ole Gunnar Solskjaer's side in a 4-1 Premier League win over Newcastle.
Neville has hailed his ex-teammate as the finest pointing to his superior flexibility as a goalscorer as the crucial edge he possesses over Paris Saint-Germain attacker Messi.
"Look, there's no doubt that Messi's scored an obscene amount of goals," Neville told Sky Sports ahead of Everton and Burnley's Premier League game on Monday, as reported by goal.com.
"[But] Ronaldo's scored probably 30 or 40 per cent more with his wrong foot and he's scored more penalties. So it just took me to a point where he was more complete in terms of the most important part of the game.
"The thing that tips it over the edge even more is that international record, of the most international goals ever. The fact that he's won five Champions Leagues with teams that aren't even as good as Messi's team..."
"Messi's won more league titles with that Barcelona team, but I just feel that the international goal record and the Champions Leagues, aligned with the variety of goals that he scores, even though they're very similar [in overall numbers], takes me to think that he is the greatest player of all time."
Fellow pundit Jamie Carragher was quick to shoot down Neville's suggestion, however, with the former Liverpool man stating that he could not look past Messi, owing to the Argentine's skilled game management.
"No one's not a huge fan of Ronaldo or Messi, [but] Ronaldo's not the greatest player of all-time," the Reds legend stated. "I'm going to say that it's his mate here."
"You're talking about the difference of type of goals. It doesn't matter how the ball goes in the net. Messi's got a better goal record than Ronaldo. Messi can also run a game; Ronaldo cannot do that.
"Messi as a player can take you to a place where you can't actually believe what you're seeing. What Ronaldo does is things that other players can do. Messi can do things that you've never seen before."
Both Ronaldo and Messi will have the chance to further increase their stake for the subjective honour of the world's greatest player when they get back to Champions League action this week.
The pair will be contesting for Europe's biggest club crown with United and PSG as this year's tournament gets under way with the group stage this week.
United will kick off their campaign against Young Boys, while PSG will travel to Club Brugge. (ANI)