Ronaldo making a difference for us: Sarri after player's match-winning performance 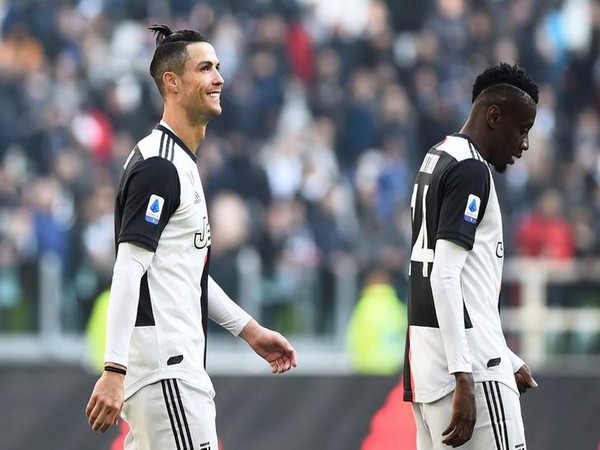 Turin [Italy], Feb 2 (ANI): After Cristiano Ronaldo powered Juventus to a win over Fiorentina, the club's manager Maurizio Sarri said the 34-year-old is 'almost 100 percent physically fit' and making a difference for them.

Sarri's comments came after the Portuguese international scored twice for Juventus to help them secure a 3-0 win over Fiorentina in Serie A on Sunday.
"Cristiano continues to score, which is great for his mental conditioning. He is now almost 100 percent physically fit and he's making a difference for us," the club's official website quoted Sarri as saying.
Ronaldo scored both the goals through a penalty in the 40th and 80th minute of the match. Matthijs de Ligt then netted a goal in the 90+1st minute.
It was Ronaldo's ninth straight game in Serie A where he has scored a goal. He also brought up his half-century of goals for Juventus.
Before this clash, Juventus had faced a 2-1 defeat at the hands of Napoli on January 27. De Ligt said the club wants to further improve.
"We want to carry on like this and continue to improve. We reacted after Napoli, it was the answer that we had to give. In the first half, we had some difficulties against a compact team, then we stepped it up," De Ligt said.
Juventus hold the top spot on Serie A table with 54 points followed by Lazio. The club will now take on Verona on February 9. (ANI)