Ronaldo provides health update on his mother, says she is in stable condition 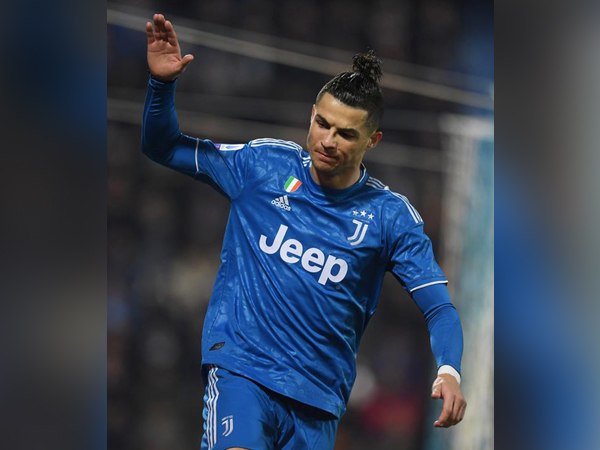 New Delhi [India], Mar 4 (ANI): Portugal's football star Cristiano Ronaldo on Wednesday provided a health update on his mother and said that she is now in a stable condition.

"Thank you for all your messages of support for my mum. She is currently stable and recovering in the hospital. Me and my family would like to thank the medical team looking after her, and kindly ask that we are all given some privacy at this time," Ronaldo tweeted.

Ronaldo had flown home to Madeira as his mother was rushed to hospital after suffering a suspected stroke in the early hours of Tuesday morning, Goal.com had reported.
65-year-old Dolores Aveiro was admitted to Dr. Nelio Mendonca Hospital. She had a blood clot removed from an artery and is being kept under observation.
Ronaldo's Serie A side Juventus is currently enjoying some time off as their last match was postponed amid the coronavirus outbreak.
The team is next slated to play against Bologna on Sunday, March 8. (ANI)