Ronaldo will play against Roma only if he is in right condition, says Sarri 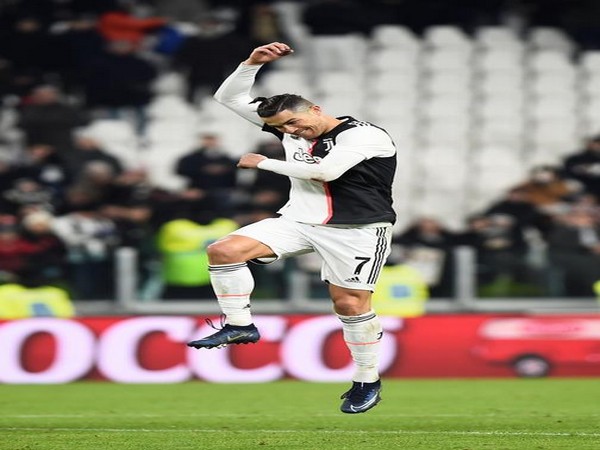 Turin [Italy], Jan 22 (ANI): Casting doubts on Juventus' Cristiano Ronaldo's availability to play against Roma, manager Maurizio Sarri said they will first have to evaluate the Portuguese international before the match and see if he is in the 'right condition'.

"We'll evaluate Cristiano tomorrow morning. It depends on whether he is in the right condition to play the three games and if he is completely recovered," the club's official website quoted Sarri as saying.
Ronaldo has been on a sublime form as he has now scored in the seven consecutive Serie A matches. In Juventus' previous Serie A clash, Ronaldo had scored twice to hand his club a 2-1 win over Parma.
Juventus are now scheduled to play against Roma in the Coppa Italia quarter-final on January 23.
Sarri said he is expecting a 'difficult game' against Roma as they are a 'top team'.
"I'm expecting a difficult game tomorrow night. Roma score a lot away from home and concede little, they are a top team. It will be important for us to keep our shape and balance, also with different players in attack," he said. (ANI)