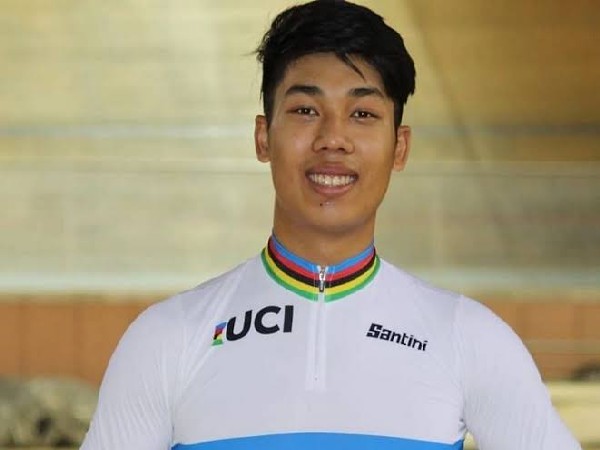 New Delhi [India], November 24 (ANI): One of India's ace sprint cyclists L Ronaldo Singh was back on his feet after he was provided timely and optimal intervention by the Sports Authority of India's (SAI) Athlete Wellness Centre after he felt immobilised by a pain in his lower back after practice in Slovenia on Tuesday.

Ronaldo Singh developed lower back spasms, possibly due to inadequate hydration, on the last day of the team's training in Nova Mesto ahead of its travel to Andia, Portugal. Within minutes of his alerting the Sports Authority of India around midnight on Tuesday, the Athlete Wellness Centre swung into action and facilitated some intervention through a video conference to help reduce his pain.
A top physiotherapist, Dr Danish, was able to guide the coach RK Sharma and the rider to make the optimal use of the TENS (Transcutaneous Electrical Nerve Stimulation) machine with the team. He also suggested a couple of isometric exercises and some medication. In about 15 minutes, Ronaldo Singh felt the pain come down by half and was able to get on his feet.
Dr. Pralay Majumdar, Head, Sports Science, Sports Authority of India, said the timely response on Tuesday night was in keeping with the philosophy behind the establishment of the Athlete Wellness Centre. "It was important and satisfying that we could provide the best intervention without loss of time," he said.
"From the time Athlete Wellness Centre was launched in June this year, we have assisted 25 athletes under its umbrella," Dr. Majumdar said. "We had started this for TOPS Development Group athletes but have expanded it to included all athletes in the SAI National Centres of Excellence across the country."
The multi-layered design of the Athlete Wellness Centre allows health and fitness issues to be dealt with quickly. From the support in the National Centres of Excellence to regional National Referral Repository Team of doctors and physiotherapists to the central core team of experts. (ANI)