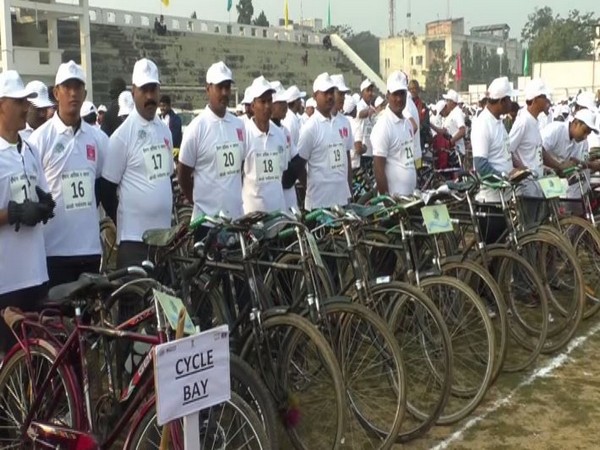 The objective of the Saksham Cycle Day was to create awareness against the menace of pollution due to the burning of fossil fuel and also create a culture of cycling among people.
The race was inaugurated by Deputy Chief Minister of Tripura Jishnu Dev Varma, MP Pratima Bhowmik, MLA Mimi Majumder and officials of ONGC, GAIL, TNGCL.
The race covered a route of six kilometers after starting from Swami Vivekananda Ground, Astabal.
A participant told ANI: "The more we use cycles, we are just saving the environment for the coming future. It is also good for health because there will be lesser use of petrol."
The event is a flagship program of PCRA and Oil public sector undertakings under the guidance of the Ministry of Petroleum and Natural Gas aiming to add values to the various efforts being made in the country to save fuel. (ANI)