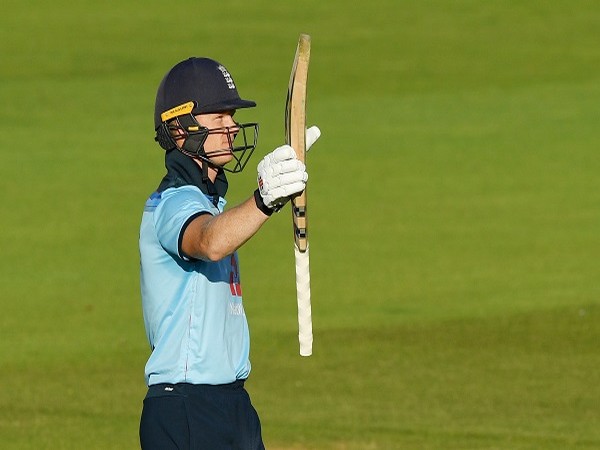 London [UK], August 1 (ANI): England cricketer Sam Billings feels that cementing his place in the team's middle-order is a tough task looking at the bench strength England have in the one day set up.

Billings smashed a match-winning 67 on Thursday in the first match against Ireland. The gutsy knock will guarantee him a place in the playing XI for the next matches also it will be the first time since 2017 that he will bat more than once in an ODI series.
However, the wicket-keeper batsman feels batting in the middle order is tough as everyone expects you to whack all around the park in the last five overs or you have to build the innings when you come early to bat in the innings.
"The middle-order role is a very tough one. You've got to be very adept, come in when you're three or four down early on and steady the ship similar to [Thursday] or in the last five overs and everyone expects you to get 40 off 10 balls," ESPNcricinfo quoted Billings as saying.
"It's a pretty tough role, but one that I'm looking forward to making my own, really. Morgs [Eoin Morgan] has chucked the challenge out for all of us batsmen. There are a ridiculous number of white-ball batsmen in the one-day set-up at the moment, and I just want to focus, keep working hard, and keep doing what I'm doing," he added.
England will now lock horns with Ireland in the second ODI on Saturday. (ANI)