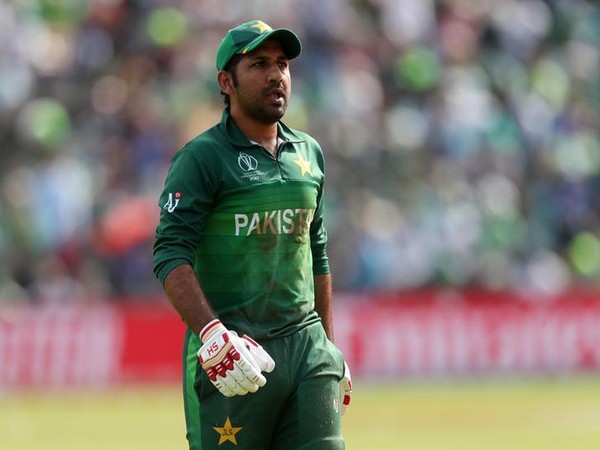 "I feel humbled and honoured to have been awarded an extension to my captaincy term. I have enjoyed captaining the Pakistan cricket team and look forward to improve my leadership qualities under the new set-up of Misbah-ul-Haq who also has a proven record as captain," Ahmed said in a press release.
"I am aware we have not done justice to our potential in ODIs, which has disappointed us as well as our fans. I am hopeful we will be able to turn things around in the coming season and in this relation, I remain committed to stepping up to the challenge with my performances and captaincy," he added.
PCB has named Babar Azam as vice-captain for three ODI and three T20I matches against Sri Lanka.
Pakistan played nine matches in the World Cup in which they managed to win five while they lost three matches. Their match against Sri Lanka was abandoned due to rain.
The team faced huge criticism after they lost against India by 89 runs. They were ranked at fifth spot in the teams' rankings of the tournament and could not qualify for the semi-finals as only the top four teams were awarded the knockout spot.
In April 2016, Sarfaraz was appointed as the Pakistan captain for the T20Is before being elevated as ODI captain in early 2017. He was then named captain across all formats following the 2017 tour of the West Indies.
Sarfaraz has captained Pakistan in 13 Tests, 48 ODIs and 34 T20I out of which he won four, 26 and 29 matches respectively.
Babar Azam is ranked 16th in Tests, third in ODIs and number one in T20Is, and has previously captained Pakistan in the ICC U19 Cricket World Cup 2012.
He was also featured in the ICC U19 Cricket World Cup 2010 before breaking into international cricket in 2015 and since then he has been a regular feature of the side in all formats.
The appointments were confirmed by PCB Chairman Ehsan Mani, following recommendations made by Pakistan head coach and chief selector Misbah-ul-Haq and the PCB Cricket Committee.
"Sarfaraz is an experienced campaigner who has excelled and improved as a leader with every match. I have complete faith in his abilities and confident that he will continue to blossom under Misbah's wings," Mani said.
"We have appointed Babar Azam as Sarfaraz's vice-captain. This is part of Babar's gradual development as a future captain and in line with our strategy of introducing a succession plan across the board so that there are no gaps. I am hopeful the trio of Misbah, Sarfaraz and Babar will do well for Pakistan cricket," he added.
Nineteen probables for the ODI and T20I series against Sri Lanka will be announced on September 16. The camp will commence at the National Cricket Academy from September 18.
"I have emphasised on changing the dressing room culture and mind-set of the players to achieve better results, and I believe Sarfaraz is a perfect fit to help me attain these objectives," Misbah said.
"In the past couple of weeks, Sarfaraz and I have worked together on certain areas of his cricket that will enhance his overall performance. Both of us realise it is a performance-oriented world and we are expected to give our best every time we take the field. I look forward to working with him and hope we will succeed in changing the outlook of the Pakistan cricket team," he added.
The 16-member ODI and T20I squads will be named on September 23. (ANI)