Sarri elated after an 'important victory' over Inter Milan 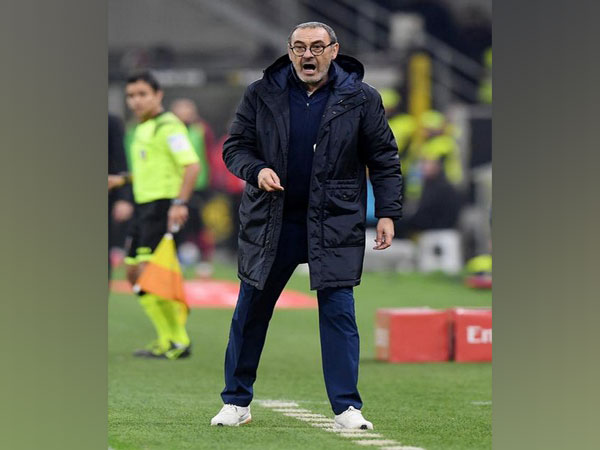 Turin [Italy], Mar 9 (ANI): Juventus manager Maurizio Sarri is elated after a win over Inter Milan as he termed it an 'important victory' and added that his players showed 'good quality' in the match.

"An important victory, even if there are still many matches to play, in theory. The path is still long, but good quality was seen tonight. In our last game there was a lack of nervous energy: those who were better (physically) took to the field," the club's official website quoted Sarri as saying.
Juventus, who top the Serie A table, defeated the third-placed club Inter Milan by 2-0 on Monday.
In the first half, both clubs gave each other tough competition and restricted one another from taking a lead. However, in the second half, the deadlock was broken after Aaron Ramsey netted a goal in the 54th minute.
Paulo Dybala's strike in the 67th minute doubled the lead over Inter Milan.
Juventus will next take on Bologna on March 14. (ANI)