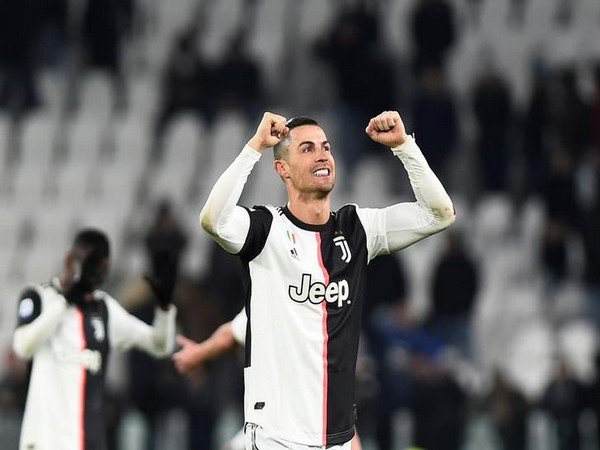 Leeds [UK], Jan 23 (ANI): Juventus manager Maurizio Sarri heaped praise on Cristiano Ronaldo saying that the Portuguese international is in the extraordinary physical condition and added that he wants to help the star striker win the sixth Ballon d'Or.

"Ronaldo is in extraordinary physical and mental condition. He is continuing at an impressive pace and has extraordinary skills," Goal.com quoted Sarri as saying.
"He is very well physically. In terms of explosiveness, he is good. He takes great care of the details. Ronaldo is a champion, we want to help him win the sixth Ballon d'Or, it would make us all happy," he added.
Barcelona striker Lionel Messi claimed his sixth Ballon d'Or award last month and surpassed Ronaldo to have won the most number of Ballon d'Or awards as before that they both had five awards each.
Juventus is also in a sublime form as they thrashed Roma by 3-1 in the Coppa Italia quarter-finals on Thursday. This was the club's fifth win in a row in all competitions.
Reflecting on the victory, Sarri said: "Winning is becoming normal. But we don't have to look at the numbers because it will be more difficult this year. We will certainly have to do better than previous years if we want to be competitive in the league.
Juventus top the Serie A table with 51 points, four points ahead of the second-placed Inter Milan. (ANI)