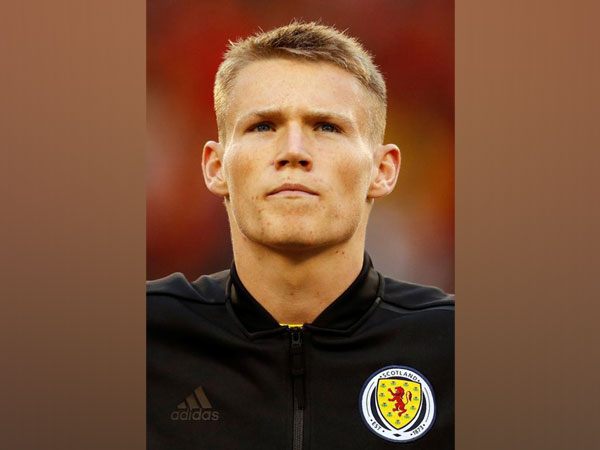 Manchester [UK], June 23 (ANI): Manchester United on Tuesday announced that Scott McTominay has signed a new contract, extending his stay at the club until June 2025.

"We are delighted to announce that Scott McTominay has signed a new contract, which will keep him at the club until June 2025, with the option to extend for a further year," the club said in a statement.
McTominay has been at the club since 2012 and made his senior debut in 2017 against Arsenal.
The 23-year-old has gone on to make 75 appearances for the first team and scored six goals. He is also a full Scotland international.
Reflecting on his contract extension, McTominay said he is happy and wants to give 'everything' to the club.
"Whilst I understand that we all have so many other things to think about at the moment, I'm so happy to sign this contract and play a part in the future for this team," the club's official website quoted McTominay as saying.
"All I have ever known is United and I hope that my passion for the club shows every time I go onto the pitch. I'll continue to give everything for this club whenever I pull on the shirt," he added.
Manchester United are currently on the fifth spot on the Premier League table and McTominay is aiming to help the club finish the ongoing season 'on a high'.
"I want to thank the manager for the faith he has shown in me and everyone at the club that has helped me to get where I am today. I'm looking forward to finishing this season on a high and hopefully achieving our aims." (ANI)