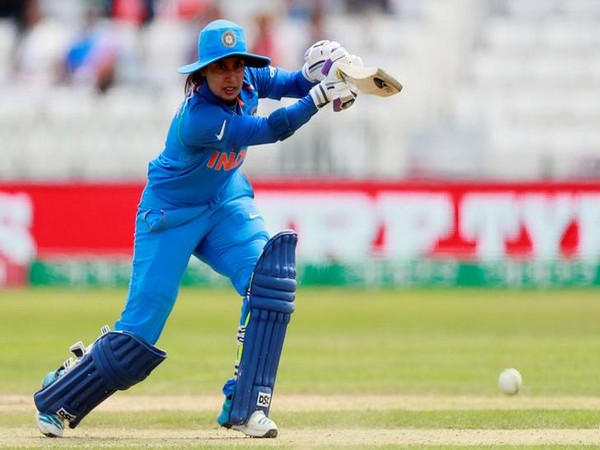 With this victory, India have already sealed the three-match ODI series with one match left to play.
Chasing a target of 248, India had a poor start as opener Jemimah Rodrigues was caught and bowled by Ayabonga Khaka, in the ninth over. Opener Priya Punia (20) too was then dismissed by Shabnim Ismail.
Mithali Raj and Punam Raut then took the charge of the chase and played astoundingly. The duo took India past hundred runs and shrugged off the pressure from their shoulders. Both completed their half-centuries but when they were just five runs away from the 200-run mark, Raj (66) was dismissed, in the 40th over.
In the next over, Raut (65) too gave away her wicket after she was caught by Marizanne Kapp on Khaka's delivery. Harmanpreet Kaur and Deepti Sharma were the next batters but the latter only managed to score two runs before Khaka got hold of her.
Kaur was then joined by Taniya Bhatia on the field and both took their side over the line to register a five-wicket victory.
Earlier, after being asked to bat first, South Africa women had a steady start. The opener Laura Wolvaardt, and Lizelle Lee kept the scoreboard ticking and struck regular boundaries.
India's Poonam Yadav provided her team with their first breakthrough as she got hold of Lee, who played a knock of 40 runs. Trisha Chetty came out to bat and played brilliantly along with Wolvaardt, who completed her half-century.
In the 30th over, Shikha Pandey dismissed Chetty to end her 22-run innings. Mignon du Preez was the next batter but failed to form a partnership as Wolvaardt was sent back to the pavilion by Pandey, in the 34th over.
Wolvaardt's dismissal brought Lara Goodall out on the field and played cautiously along with Preez. Ekta Bist, in the 43rd over, got hold of Goodall who played a quick knock of 38 runs. Sune Luus came out to bat but failed to leave a mark as she only scored 12 runs before Poonam Yadav took her wicket.
Indian bowlers kept the pressure on the visitors and restricted them on 247 runs.
The third ODI between both the teams will be played on October 14.
Brief score: India women 248/5 (Mithali Raj 66, Punam Raut 65, Ayabonga Khaka 3,69) defeated South Africa women 247/ 6 (Laura Wolvaardt 69, Mignon du Preez 44, Poonam Yadav 4-42) by five wickets. (ANI)