Second, third ODI between India-SA likely to be played behind closed doors 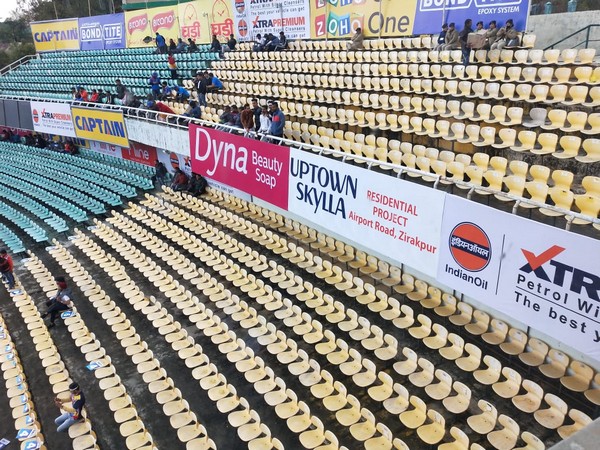 New Delhi [India], Mar 12 (ANI): The upcoming second and third ODI between India and South Africa may be played behind closed doors, sources within the BCCI said on Wednesday.

The Central government has suspended all visas to India till April 15 as part of measures to contain the spread of coronavirus and this has put IPL's scheduling in doubt.
As part of advisory issued by the Health Ministry, all federations have been asked to avoid large gatherings.
When asked about the upcoming second and third ODI between India and South Africa, a BCCI source said: "Government has issuesd advisory on sporting events and we have to follow them. We will follow the advisory for the upcoming second and third ODI".
The second and third ODI will be played in Lucknow and Kolkata respectively on March 15 and 18.
There is also severe speculation regarding the upcoming Indian Premier League.
Due to the visa restrictions in place, sources within the IPL's governing council said that foreign players won't take part in the tournament until April 15.
The 13th edition of IPL is scheduled to commence from March 29, with Mumbai Indians and Chennai Super Kings meeting at the Wankhede Stadium in Mumbai for the first match.
Earlier on Wednesday, Maharashtra Health Minister Rajesh Tope said that the IPL should happen behind closed doors or it should be postponed after 10 positive cases of coronavirus were confirmed in the state. He further stated that the final decision will be taken by the government on Thursday.
World Health Organisation (WHO) on Wednesday had declared the coronavirus outbreak a 'pandemic' and expressed deep concern.
Coronavirus which originated in the Wuhan city of China has so far spread to more than 90 countries infecting over 1,10,000 people. (ANI)