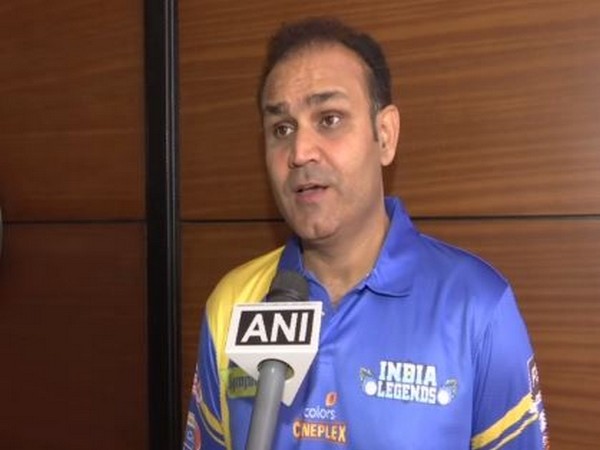 "I am very excited about this tournament because I will get another chance to play with Sachin. We have played many international matches together and there was a gap and then we played an All-Star match and now again getting a chance. I am looking forward to playing with Tendulkar," Sehwag told ANI.
In the opening match of the Road Safety World Series, India Legends will play against West Indies Legends on March 7. The main aim of the Series is to create awareness about road safety and change people's mindset towards their behaviour on the roads.
Sehwag hailed the initiative of Road Safety World Series and said: "I think it is a very good initiative by the government that they are working towards creating awareness regarding road safety. Awareness regarding road safety is important for everyone."
Road Safety World Series, a five-nation T20 cricket tournament, will showcase some of the biggest names in cricket from India, Australia, Sri Lanka, West Indies, and South Africa.
Players who will feature in this series include Tendulkar, Sehwag, Brian Lara, Yuvraj Singh, Zaheer Khan, Shivnarine Chanderpaul, Brett Lee, Brad Hodge, Jonty Rhodes, Muttiah Muralitharan, Tillakaratne Dilshan, Ajantha Mendis and many more. Former India captain Sunil Gavaskar is the Commissioner of the Series. (ANI)