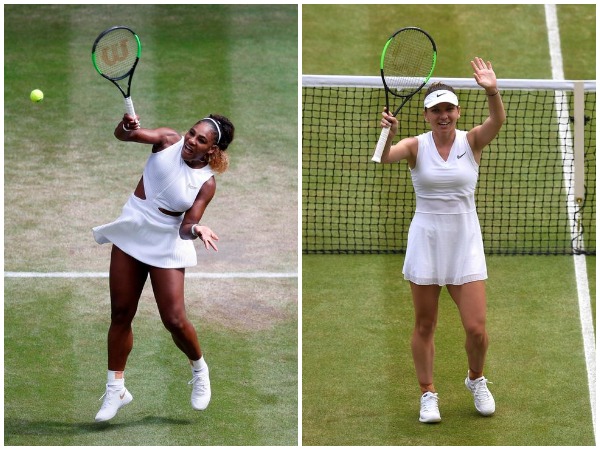 The 23-time Grand Slam champion Williams, who lost tournament's final last year to Angelique Kerber, outclassed Strycova 6-1, 6-2 in just 59 minutes to set up final against Simona Halep scheduled for July 13.
Williams dominated her opponent, Czech Strycova throughout the match. During the post-match press conference, Williams said she is in a different place and calmer.
"Now I'm in a different place. Like I just am more calm. Instead of having nothing to lose, I feel like I have things to lose, but I also have nothing to lose. It's like I'm in the middle," Women's Tennis Association (WTA) quoted Williams, as saying.
Williams is just one title away from equalling Margaret Court's 24 titles. Reflecting on it, the American said she is not thinking about the number of titles. She further added that no matter what she does, she will always have a great career.
"I actually didn't think about it since because it's really not about 24 or 23 or 25. It's really just about going out there and giving my best effort no matter what. No matter what I do, I will always have a great career," she said.
Earlier in the day, Simona Halep became the first player from Romania to reach women's singles final at Wimbledon. Halep defeated Ukraine's Elina Svitolina 6-1, 6-3. (ANI)