Shadab Khan ruled out of South Africa, Zimbabwe tour due to toe injury 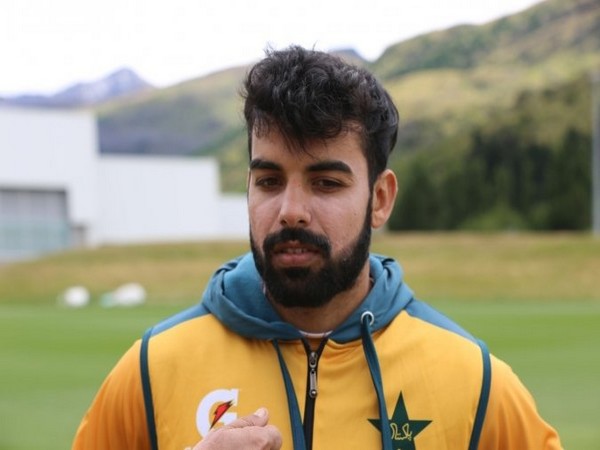 Pretoria [South Africa], April 5 (ANI): Pakistan all-rounder Shadab Khan has been ruled out of the South Africa and Zimbabwe series after suffering a left toe injury.

Shadab suffered the injury while batting during the second ODI against South Africa on Sunday. The injury has sidelined him for up to four weeks.
According to a statement from PCB, X-rays conducted following the match revealed an "intra articular communicated fracture" though there is neither any displacement nor angulation. The injury will be treated conservatively and Shadab will undergo a four-week rehab.
"Shadab Khan has been ruled out from further participation on the South Africa and Zimbabwe tours after suffering a left toe injury while batting during the second One-Day International that has sidelined him for up to four weeks," the Pakistan Cricket Board (PCB) said in an official statement.
In the second ODI, Fakhar Zaman's magnificent knock of 193 went in vain as Pakistan suffered a 17-run defeat.
Chasing the target, Pakistan witnessed a poor start with Imam-ul-Haq getting out in just the second over of the innings. Zaman was then joined by Babar Azam.
Anrich Nortje scalped two wickets in the 11th over, with Pakistan's score reading 71/3 after the completion of 11 overs. In the 15th over, Nortje removed Danish Aziz as well.
Zaman kept fighting against South African bowlers although he did not receive any support from the other end. He completed his century in the 39th over.
With ever-mounting required rate, Zaman ran out of partners. Pakistan needed 31 to win in the final over with two wickets in hand. After Zaman's run-out off the very first ball, Pakistan never had a chance and the visitors stumbled to a 17-run loss.
With this win, South Africa has levelled the three-match ODI series 1-1 and the series decider will take place on April 7. (ANI)