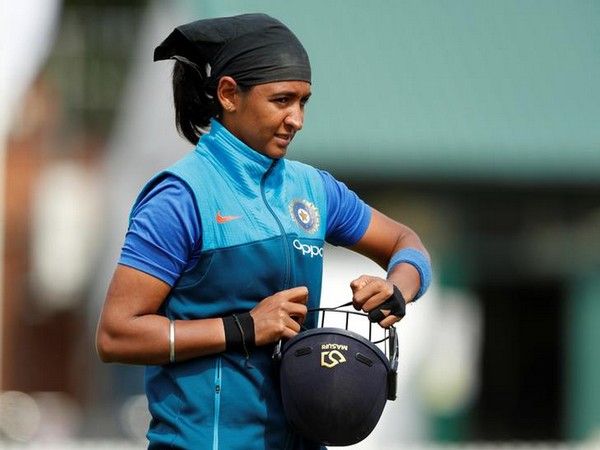 Sydney [Australia], Mar 4 (ANI): As India gets ready to lock horns with England in the semi-final of the Women's T20 World Cup, skipper Harmanpreet Kaur heaped praise on 16-year-old Shafali Verma, saying she has brought in positivity and happiness into the team.

Earlier today, Shafali rose to the number one spot in the Women's T20I batting rankings.
"She's very naughty, gets so much happiness and positivity to the team, always wants to enjoy it and when batting with her she's motivating you and releasing pressure, that kind of player you need in your team," ICC quoted Kaur as saying.
"She's enjoying the moment. Whoever is playing, wants to play for the country and give their best, she's enjoying for the team. We're wishing her good luck," she added.
Shafali has played just 18 T20Is so far, but with remarkable batting performances in the ongoing Women's T20 World Cup, she has managed to reach the pole position.
The youngster has scored 485 runs in the shortest format of the game at a strike-rate of 146.96. In the ongoing tournament, she has made 161 runs, with the highest being 47 against Sri Lanka.
"Now this team has been together for a long time, we learn a lot from each other, learn a lot of cricket. It makes it easier for players such as Shafali because when anybody enters the team, they see everyone is working together. They also feel nice and try to do what others are doing," Kaur said.
"Right now, what we are trying to do, is give individual roles so that everyone can come and perform for the team. I didn't perform with the bat but the team is doing well and we are enjoying that. That is more important for us," she added.
India topped Group A in the Women's T20 World Cup as the side registered wins in all their group-stage fixtures.
Now, the team will lock horns against England in the semi-finals on Thursday, March 5. (ANI)