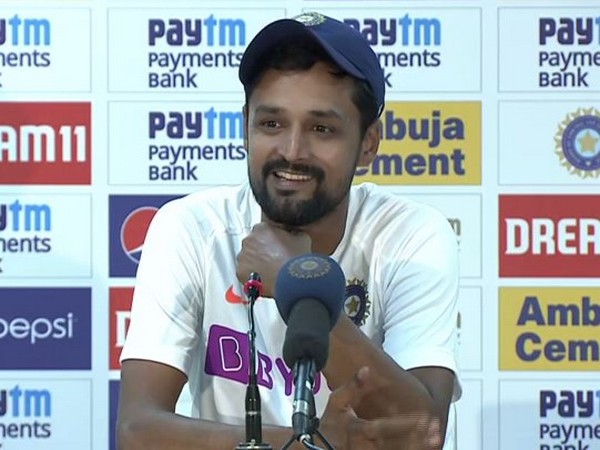 Ranchi: India spinner Shahbaz Nadeem on Monday said that it would be a 'dream debut' for any player who does it on his home ground.

Nadeem, on October 18, was included in the team's squad for the third Test against South Africa after Kuldeep Yadav complained of pain in the left shoulder.

"It is a good thing that as a cricketer you are making a debut and that too in your home ground. I would say it can be a dream debut for any player who does it in his home town," Nadeem said after the end of day three of the third Test match.

India were brilliant with the ball on day three as they picked 16 wickets.

India bowlers ended the visitors' first innings on 162 runs after they resumed their innings from 9/2. And then after enforcing the follow-on, the hosts picked eight wickets.

"When you play IPL and first-class matches, you have already played with many of these players and you know how they play. Before this, we played a series against South Africa A. So that is also beneficial," he said.

South Africa will resume their second innings from 132/8 on Day Four on Tuesday.