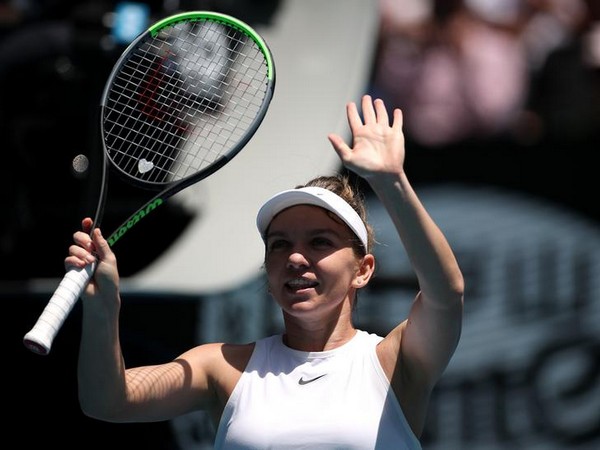 Melbourne [Australia], Jan 27 (ANI): Romanian tennis player Simona Halep on Monday booked her spot in the quarterfinals of the Australian Open with a straight-sets victory over Elise Mertens.

Halep won 6-4, 6-4 against the Belgian in the fourth-round at Rod Laver Arena. She had defeated Mertens in two of their three previous meetings, including in the last 16 of the French Open in 2018, when she went on to win the title.
"I had in my head she came back in that match, and I have just to pay attention on every ball, not giving up at all, because she can come back strong," Women's Tennis Association (WTA) quoted Halep as saying after the match.
"Mentally, I think I did a great job today at 4-All with those break points, game points. But in the end, I got the game and then I served very well the last game. I feel like I played a better match than all the matches since I'm here."
"I feel happy about that, and I'm trying just to stay focused. I like how I feel," she added. (ANI)