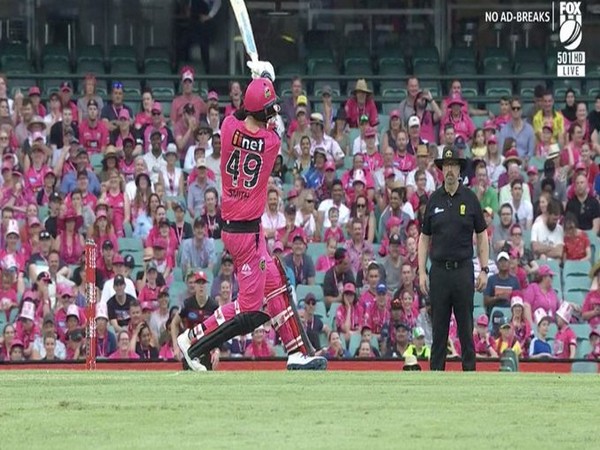 Smith's unbeaten knock of 66 off 40 balls and Philippe's 61 runs handed the team a comfortable victory in 18.4 overs. Sixers chased down the total 176/3 with eight balls remaining at the Sydney Cricket Ground.
Philippe and James Vince added 49-run for the first wicket and provided the solid start to the side.
Vince (22) run out at the non-striker's end after Sutherland dropped a return catch. Phillipe was picked by Will Sutherland in the 12th over. Skipper Moises Henriques (2) failed to leave his mark on the scoreboard and was sent back to the pavilion by Mohammad Nabi. Daniel Hughes remained unbeaten at 19 with Smith.
Earlier, Sixers won the toss and invited Renegades to bat. Skipper Aaron Finch's quick century guided the side to post a total of 175 with a loss of five wickets in twenty overs.
Finch played a knock of 109 runs off 68 balls studded with seven sixes and six fours. He played an anchor's role and remained at the crease till the penultimate delivery of the innings. He was picked by Ben Dwarshuis in the 20th over.
Apart from the skipper, Tom Cooper (24), Mohammad Nabi (20), and Nathan McSweeney (11) have played brief knocks.
Tom Curran bagged three wickets while Steve O'keefe and Dwarshuis picked one scalp each. (ANI)