So proud to have player like Aubameyang in squad: Arteta after winning FA Cup 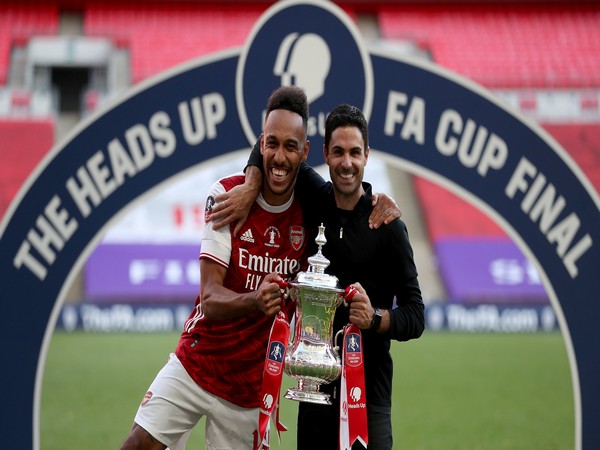 London [UK], Aug 2 (ANI): After Pierre-Emerick Aubameyang's brace guided Arsenal to FA Cup final victory, manager Mikel Arteta praised the striker saying that "we are so proud to have a player like him in our squad".

"Big games require big moments from big players, and he's delivered that in the semi-final and he's done it again in the final," the club's official website quoted Arteta as saying.
"That's why you ask about those players. Some were questioning that he couldn't do it in big games. There we go. He was a big, big part of delivering this trophy. He's done it and we are so proud to have a player like him in your squad," he added.
Aubameyang's heroics helped his side secure a 2-1 win against Chelsea in the decider here on Saturday. He converted a penalty in the 28th minute before adding another goal to Arsenal's tally in the second half.
With this win, Arsenal extended their remarkable record in the FA Cup by winning it for the 14th time. The Arte-led side also sealed Europa League football for next season. (ANI)