Some memories we will never forget: Healy on T20 World Cup win 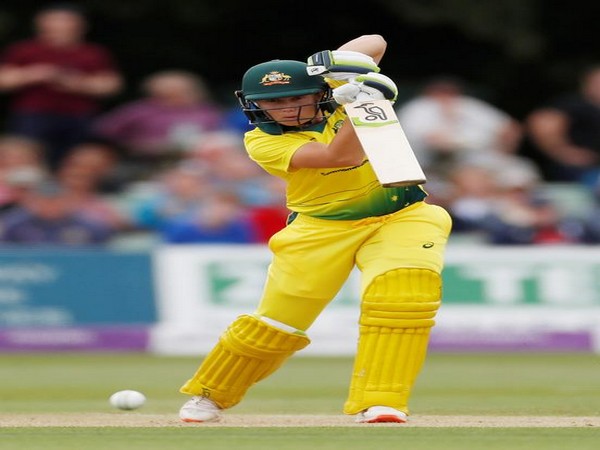 New Delhi [India], Mar 10 (ANI): Australian cricketer Alyssa Healy on Tuesday recalled the Women's T20 World Cup-winning moment and said that she will never forget the memories of the tournament.

On March 8, Australia lifted their fifth ICC Women's T20 World Cup. They defeated India in the final by 85 runs.
Before this edition, Australia had won the tournament in 2010, 2012, 2014 and 2018.
Healy played a match-winning knock of 75 runs in just 39 balls and her heroics in the powerplay gave Australia the much-needed start.
"Now that the dust has settled..... What an amazing day that was!! Thank you to everyone for their messages and support throughout the entire tournament. Some memories we will never forget! What an amazing team to be a part of!" Healy tweeted. 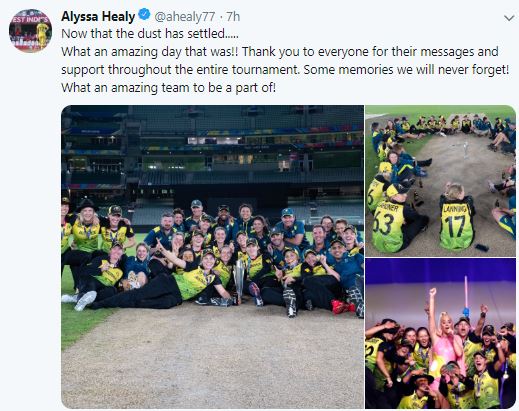 The 29-year-old cricketer created the record for scoring the fastest fifty in the history of ICC event finals across formats (both men and women).
India's Hardik Pandya held the previous record. He had scored 50 off 32 balls in the ICC Champions Trophy finals against Pakistan in 2017. (ANI)