Some of stuff Firmino does is madness, says Henderson 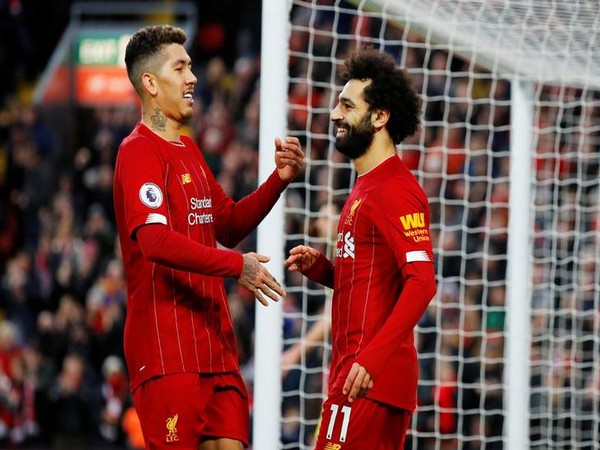 Leeds [UK], Feb 2 (ANI): After a win over Southampton, Liverpool's Jordan Henderson has hailed his teammate Roberto Firmino, saying that 'some of the stuff he does is madness'.

"Some of the stuff he does is madness really. But he's another outstanding player for us and it was another big performance from him," Goal.com quoted Henderson as saying.
"Especially in the second half, everyone puts in a really good performance. We're just really delighted to get the three points, especially going into the break now," he added.
Liverpool secured a 4-0 win over Southampton in Premier League on Saturday. Firmino completed a memorable hat-trick of assists, which helped his side dominate the opponents.
With this victory, Liverpool has taken a 22-point lead at the top of the Premier League table. The club will now take on Norwich City in the league on February 15. (ANI)