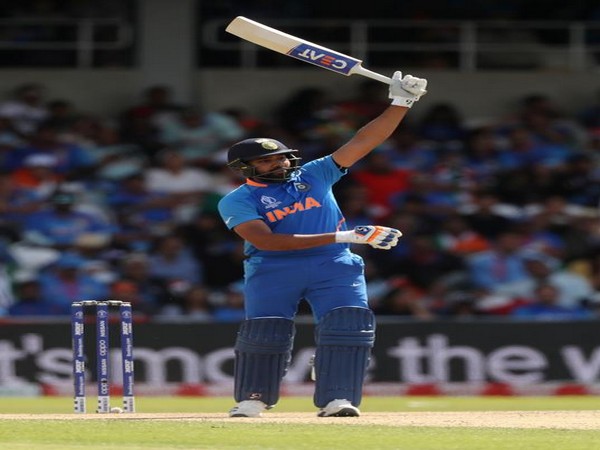 New Delhi [India], Mar 23 (ANI): Indian opening batsman Rohit Sharma on Sunday trolled the International Cricket Council (ICC) after his name did not feature in a poll initiated by the apex body.

The ICC tweeted a picture with four options asking fans to pick a batsman with the best pull shot. The post had Viv Richards, Ricky Ponting, Virat Kohli and Herschelle Gibbs.
"Which batsman, past or present, has the best pull shot, in your opinion?," the ICC tweeted.
These four players are regarded as the masters of the shot and are famous for timing the ball brilliantly.
Rohit who is famous for his dazzling pull shot retweeted the post and wrote, "Someone's missing here ?? Not easy to work from home I guess"

Someone’s missing here ?? Not easy to work from home I guess https://t.co/sbonEva7AM

.
The 32-year-old cricketer is the only batsman to score three double hundreds in One Day Internationals. The right-handed batsman has scored four centuries in the shortest format of the game, which is again the most by any player in the format. (ANI)