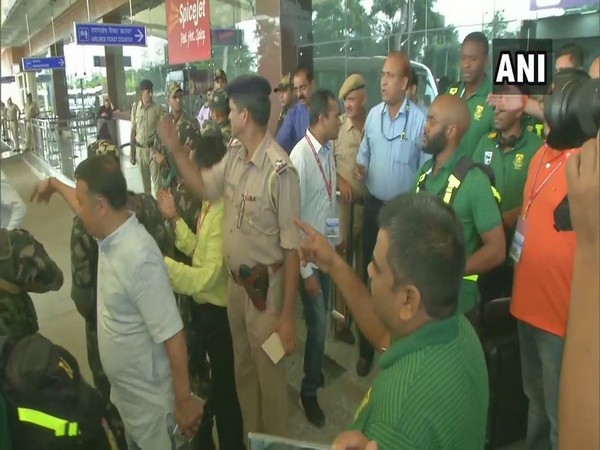 Dharamsala (Himachal Pradesh: Ahead of the first T20I game of the three-match series against India, the South African team arrived here on Monday.

Proteas will also play a three-match Test series, which will be a part of the ICC World Test Championship and as many ODIs against the home side.

South Africa will play their first match after their dismal performance in the ICC Men's World Cup which concluded on July 14.

The first T20I between India and South Africa will take place on September 15 in Dharamsala.