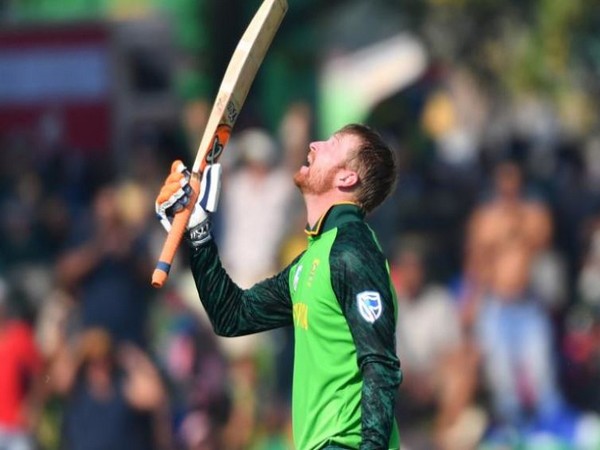 With this victory, South Africa whitewashed Australia in the three-match ODI series.
Chasing a decent target of 255 runs, South Africa did not get off to good start as Josh Hazlewood bowled Quinton de Kock (26) in the ninth over. In his next over, Hazlewood sent Janneman Malan (23) back to the pavilion.
Kyle Verreynne and JJ Smuts then took the charge of the chase and played brilliantly. Both formed a 96-run partnership before Adam Zampa dismissed Verreynne (50). Kane Richardson then took the wicket of Smuts (84).
However, their partnership had already put the hosts in a dominating position in the match. Heinrich Klaasen then played an unbeaten knock of 68 runs to take his side over the line.
Earlier, after being asked to bat first, Australia got off to a poor start as David Warner was dismissed in the fourth over, bowled by Anrich Nortje.
Steve Smith also failed to leave a mark as he was given LBW off Andile Phehlukwayo's delivery after scoring 20 runs. South Africa bowlers kept the Australian batsmen under immense pressure.
However, Marnus Labuschagne and D'Arcy Short provided their side some momentum as they struck regular boundaries. The duo formed an 81-run partnership before JJ Smuts got hold of Short (36).
Marnus Labuschagne kept fighting against the South Africa bowlers and scored his maiden ODI century. Soon after scoring his century, Labuschagne (108) was bowled by Nortje in the final over of the innings. (ANI)