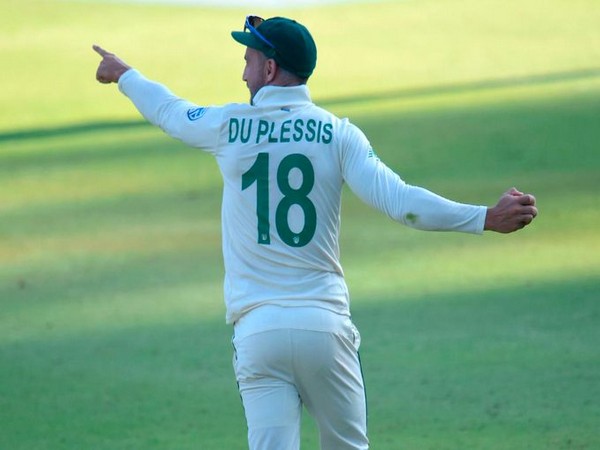 Sandton [South Africa], Jan 27 (ANI): South Africa team was on Monday fined 60 per cent of their match fee for maintaining a slow over-rate in the fourth Test match against England.

In addition to this, the squad have also been penalised six ICC World Test Championship points.
The team breached Article 2.22 of the ICC Code of Conduct for Players and Player Support Personnel, which relates to minimum over-rate offences, players are fined 20 per cent of their match fees for every over their side fails to bowl in the allotted time.
In addition, as per Article 16.11.2 of the ICC World Test Championship playing conditions, a side is penalised two points for each over short.
Faf du Plessis pleaded guilty to the offence and accepted the sanction proposed by Andy Pycroft of the Emirates ICC Elite Panel of Match Referees.
Earlier, the Proteas suffered a massive 191-run victory at the hands of England on day four of the fourth Test. With this victory, England won the four-match Test series by 3-1.
The visitors on Sunday were all out on 248 runs, setting a target of 466 for the hosts. England bundled out South Africa on 274 runs in their second innings. (ANI)