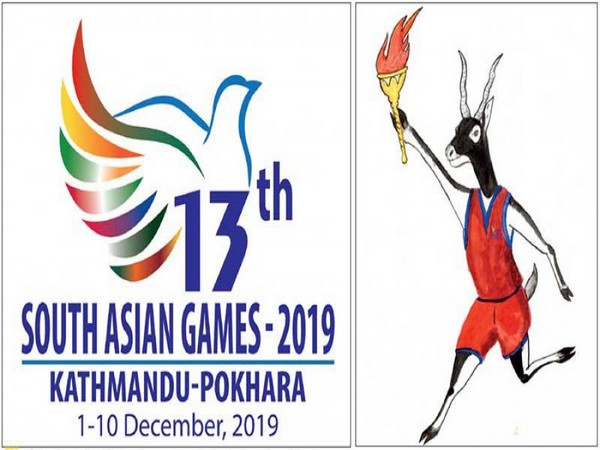 Kathmandu [Nepal], Dec 4 (ANI): India took its medal tally to 44 till Wednesday morning in the ongoing South Asian Games 2019.
India's tally was 40 by Tuesday evening, but the contingent managed to win one gold in both men's and women's table tennis tournament, one gold in men's 10,000 mts and one silver in Wushu-Men's Taolu Taiji Jian. 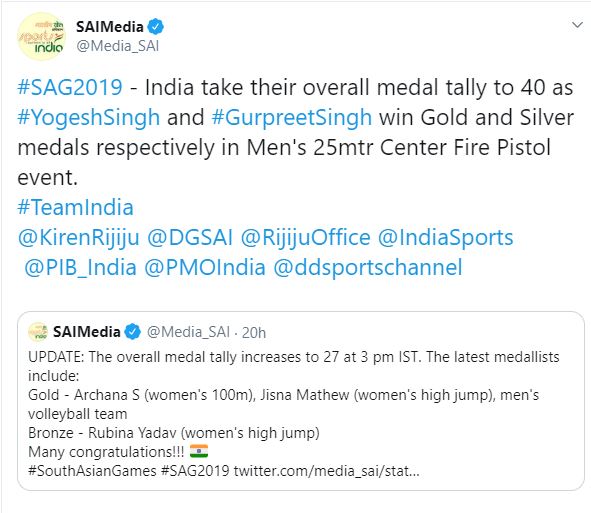