'Southpaw slayer': Ashwin now has most wickets against left-handers in Tests 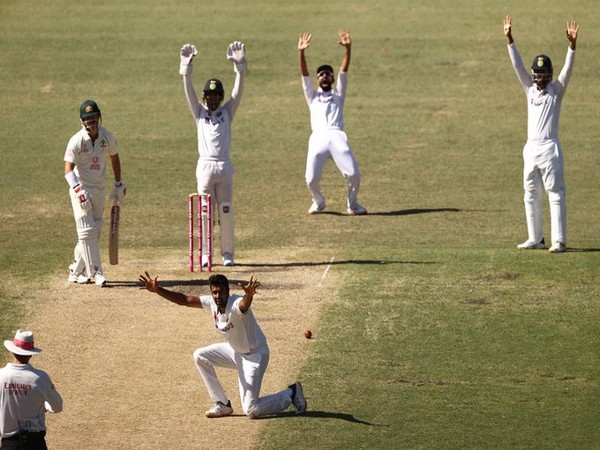 Sydney [Australia], January 9 (ANI): Spinner Ravichandran Ashwin on Saturday achieved a unique feat as he now has the most wickets against left-handers in the longest format of the game.

Ashwin dismissed Warner on day three of the ongoing third Test against Australia, and as a result, the off-spinner registered his 193rd wicket against left-handers.
Muttiah Muralitharan is the second bowler on the list as he has 191 wickets against left-handed batsmen. James Anderson (184), Shane Warne (172) and Glenn McGrath (172) are the other members in the list.
Warner is at the top of the list of batsmen most often dismissed by Ashwin. The Australian batsman has been dismissed by Ashwin 10 times in Test cricket. Only England's Stuart Broad has dismissed Warner on more occasions than Ashwin. Broad has had the better of Warner on 12 occasions in Test cricket.
The off-spinner has dismissed England's Alistair Cook nine times while he has dismissed Ben Stokes on seven occasions in the longest format of the game.
Coming to the second innings of the Pink Test at the Sydney Cricket Ground, Ashwin bowled a slider to Warner and the left-handed missed an attempted sweep and was struck on the pad. Indians started appealing and the on-field umpire Paul Reiffel gave the batsman out. Warner opted for a review but it turned out to be the umpire's call and as a result, the on-field decision stayed. Warner scored 13 runs in the second innings from 29 balls with the help of one boundary.
Earlier, India's middle and lower-order failed to deliver and the visitors were bowled out for 244 in the second session and Australia took a 197-run lead by stumps on the third day. Pant and Pujara stitched a 53-run partnership, but as soon as Pant was dismissed, the floodgates opened and India went from 195-4 to 244 all-out. (ANI)