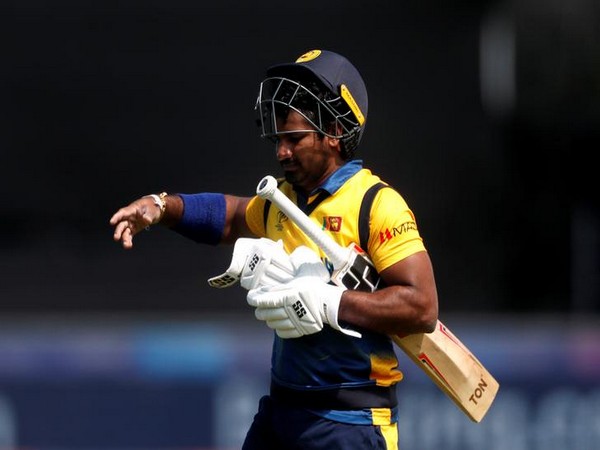 Colombo [Sri Lanka], May 13 (ANI): After being appointed as Sri Lanka's ODI skipper, Kusal Perera on Thursday said that his side needs to play fearless cricket in order to win more matches of cricket.

Sri Lanka Cricket (SLC) on Wednesday announced an 18-member squad for the upcoming three-match ODI series against Bangladesh. The team will depart for Bangladesh on May 16 and the Minister of Youth and Sports, Namal Rajapaksa gave his approval for the squad. Sri Lanka will be led by Kusal Perera while Kusal Mendis will be his deputy for the three-match ODI series.
"We have to fearless cricket to win matches. You can't be fearful about losing. If you're worried about your place, you aren't going to give 100 per cent. What I'm going to tell the players is to go and give it everything. If we play fearlessly even when we are practicing, then you will be able to play the same way in a match. That's what I've told the team. If we are fearful, we will fall even further. I'm trying to build a culture where the players have a lot of confidence," ESPNcricinfo quoted Perera as saying.
The three-match series which is a part of the ODI Super League will be held on May 23, 25, and 28, within a bio-bubble stretching between the team hotel and Shere Bangla National Stadium in Dhaka.
Sri Lanka will arrive in Dhaka on May 16, and then the side will complete a three-day quarantine. The visitors will then play a practice match on May 21.
"I really like to play fearless cricket personally, and that's where my success has been. Whenever I've played with fear, it hasn't worked for me. I want everyone else to play like that. You can't guarantee that you will go right playing this way, but the chances of things going well are greater," said Perera.
"But you have to practice well to instill that fearlessness. Because if you are 100 per cent certain about the shot you're playing, you can play without fear. You need to understand your strengths and weaknesses. Where does the ball need to be for me to hit it? Will I get myself in trouble by hitting there? You need to have that understanding. If you're a bowler, you need to know which ball can get you a wicket, and which will help you bowl a dot. These things help you play fearlessly. As a fielding unit, you have to carry that same ethos as well, and I have big hopes for the upcoming Bangladesh series about our fielding," he added.
After the conclusion of the ODI series on May 28, the Sri Lankan team will depart on the following day. Sri Lanka and Bangladesh recently played a two-match Test series, which was won by the former. Sri Lanka had defeated Bangladesh by 209 runs in the second Test, while the first ended in a draw.
Sri Lanka ODI squad: Kusal Perera (C), Kusal Mendis (VC), Danushka Gunathilaka, Dhananjaya De Silva, Pathum Nissanka, Dasun Shanaka, Ashen Bandara, Wanindu Hasaranga, Isuru Udana, Akila Dananjaya, Niroshan Dickwella, Dushmantha Chameera, Ramesh Mendis, Asitha Fernando, Lakshan Sandakan, Chamika Karunaratne, Binura Fernando, Shiran Fernando. (ANI)