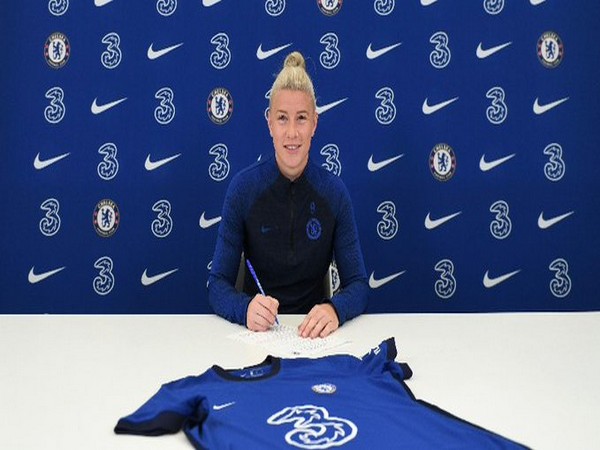 London [UK], July 29 (ANI): Striker Bethany England on Wednesday signed a new contract extension with Chelsea Women which will keep her at the club till 2024.

Bethany played a crucial part in the 2019-20 double-winning season, finishing as Chelsea's top scorer with 21 goals in 24 outings.

"It means a lot to me, especially being at such a great club that Chelsea is. I have spent a lot of time here already, so being able to extend that and hopefully kick on with what I have already achieved at this club is exciting," the forward said in a statement.
Bethany was voted as the FA Women's Super League Player of the Season. The Blues forward further shared what it meant to receive the accolade, while also reflecting upon her impressive season as a whole.
"That was a bit of a surreal moment. I have worked so hard over the years and to finally get my efforts recognised was a big moment for me and for my family to see that. There has been some tough competition this year, there has been a lot of great performers so it was an honour to receive that award," she said.
"One of the standouts for me was my first goal at Stamford Bridge, that meant a lot to me because it was the opening day in front of such a big crowd. But the Continental Cup game was a phenomenal game and getting the league title was a big moment for us," Bethany added. (ANI)