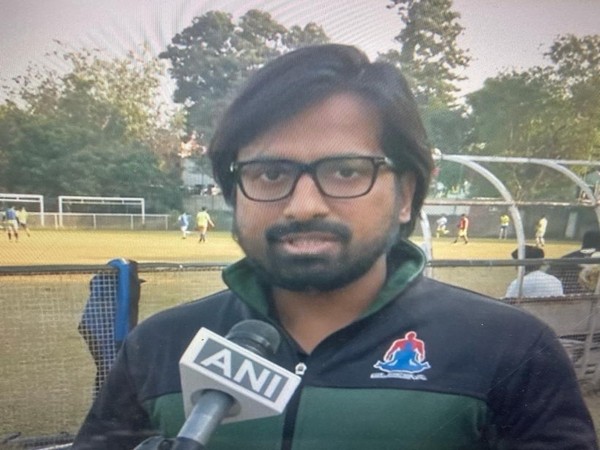 New Delhi [India], November 22 (ANI): Sudeva Delhi FC has become the first club from the capital to be a part of the I-League and the club's president Anuj Gupta believes that it is a big opportunity for the youngsters.

"It has been a great moment for everyone in Sudeva and the people who have supported Sudeva that we had a chance to apply for the bidding process to be in the I-League. The process of bidding took around one and a half months which started in June and on August 12 is when the AIFF executive committee took a decision where they gave Sudeva FC the license to play in the I-League," Gupta told ANI.
"... Also, it is a big opportunity for (youngsters in) Delhi because it is the first club in Delhi. We have also renamed the club's name to Sudeva Delhi FC. Earlier, youngsters from Delhi had to go elsewhere and some youngsters were unable to go because of various reasons. But now they do not have to go anywhere," he added.
Sudeva Delhi FC began their pre-season training in Delhi from October 8 under Head Coach Chencho Dorji. In adherence to all league guidelines and taking necessary prerequisites of this coronavirus pandemic period, the Sudeva Delhi FC players have been training at their home ground located at Civil lines, New Delhi.
"We have signed around 39 players out of which 30-32 players would be going to Kolkata. The I-League will start on January 9," Gupta said.
Whereas, striker Manvir Singh said: "It is a good opportunity for youngsters as they have not gotten I-League as a platform to play. Now we are focussing on our practice and we are getting good coaching."
I-League on November 21 said that Deputy Chief Minister of Delhi, Manish Sisodia, will launch the first team of the club.
"@msisodia, Deputy Chief Minister of Delhi, will launch the first team of @Sudevasports on November 27, 2020," I-League had tweeted. (ANI)