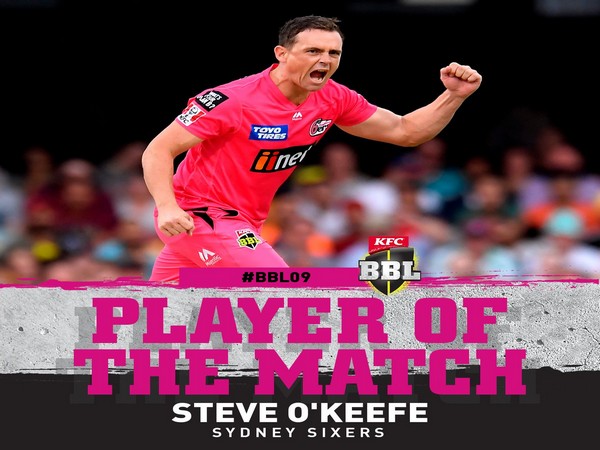 Chasing 127, Openers Josh Philippe and James Vince gave a solid start for the Sixers as the side scored 53 runs in just 7 overs. Vince smashed a half-century as the duo put on 75 runs for the first wicket stand. However, Ben Laughin dismissed Vince (51) in the tenth over.
Steven Smith then joined Philippe but his stay was brief as he was dismissed by James Pattinson on nine runs. Philippe also brought up his fifty in the match and remained not out on 52 as Sixer secured a comfortable eight-wicket victory over Heat.
Earlier after put in to bat first, Heat were in a spot of bother as the side lost four quick wickets, reducing itself to 38-4 in seven overs. Openers Sam Heazlett and Chris Lynn started miserably and scored 15 and 7 runs respectively.
Matt Renshaw and Marnus Labuschangne too looked out of touch and were dismissed cheaply. Renshaw played a knock of 12 runs while Labuschangne was dismissed by Tom Curran on three runs.
Jimmy Peirson then joined AB de Villers at the crease but his stay was brief as he was dismissed by Ben Dwarshuis in the tenth over. Peirson played a knock of eight runs off 12 balls. Ben Cutting and De Villers have a brief stand of 29 runs between them before Tom Curran dismissed Cutting (16).
De Villers played a sluggish knock of 25 runs off 26 balls. James Pattinson smashed bowler in the last overs of the match. Pattinson scored 27 runs off 15 balls as Sixers ended their innings on 126/8.
Sydney Sixers' Steve O'Keefe, who took one wicket and gave away just 20 runs in four overs, was adjudged as the player of the match. (ANI)